A major 7.6
magnitude earthquake jolted southern Chile on Sunday, prompting
thousands to evacuate coastal areas, but no fatalities or major damage
were reported in the tourism and salmon farming region.

Chile’s
National Emergency Office (ONEMI) lifted both the evacuation order and a
tsunami watch three hours after the Christmas Day quake struck, telling
nearly 5,000 people who had evacuated they could return to their homes.

Onemi said one bridge in the area was impassable as crews worked to restore electricity to 21,000 homes without power.

Officials
had issued a tsunami warning earlier for areas within 1,000 km (621
miles) of the epicenter, just 39 km (24.5 miles) southwest of Puerto
Quellon, off the coast. But the warning was downgraded to a tsunami
watch. Eight mostly small ports in the area were closed, Chile’s Navy
said.

The quake was felt
on the other side of the Andes mountains in Argentina, in the
southwestern city of Bariloche, but structural damage in areas close to
the epicenter was limited, witnesses said.

The quake’s depth was about 34.6 km (21.5 miles), the U.S. Geological Survey (USGS) said.
“There
was a lot, a lot of movement here, but besides that nothing of note,
there weren’t houses falling,” said Alamiro Vera, owner of the Cabanas
Hotel in the southern Chile fishing town of Quellon. “It was just scary,
and some things inside fell.”

A
Reuters witness said some roads and at least one bridge were damaged in
Quellon, located on Chiloe Island, a tourist destination in Chile’s Los
Lagos region.

‘BIGGEST SCARE OF OUR LIVES’

The quake disrupted
Christmas plans for thousands of people who fled their homes on foot, in
cars and on horseback, seeking higher ground amid torrential rains as
sirens warned about the potential tsunami.

Quellon
resident Denisse Alvarado was preparing to travel to the countryside to
celebrate Christmas with friends when she felt the quake and ran out of
her home.

“All of a
sudden it shook and shook and shook,” Alvarado, 46, told Reuters. “I
thought the house would fall and the ground would open because it was
very strong and very loud.”

“It was the biggest scare of our lives,” she added.

Though
there were dozens of weaker aftershocks, damage was concentrated along a
highway that runs across Chiloe Island, where traffic was shut down in
one section and on smaller roads and bridges.
Local television showed damage to some homes, especially in Quellon and surrounding areas.

The area hit by
Sunday’s quake was south of Valdivia, Chile, where 1,655 people died in a
1960 quake ranked by the USGS as the most powerful recorded in Chile.

The region is home to several
industrial salmon farms. An official with Chile’s National Fish and
Aquaculture Service said several companies had evacuated employees and
were evaluating their facilities for possible damage.

Fishing
and agriculture company Empresas AquaChile SA said its employees in the
watch zone had been evacuated and were safe, adding that there was no
damage to its facilities.

Chile is the world’s leading copper producer, but there are no major mines located near the zone affected by the earthquake.
Chile’s
state-run oil company ENAP [ENAP.UL] said its Bio Bio refinery in
southern Chile was operating normally. The Puerto Montt airport was
operating normally, a spokesman said.
Latam Airlines Group SA and Sky Airlines said their southern Chile routes were operating without major delays.

Chile
has a long history of deadly quakes, including a 8.8 magnitude quake in
2010 off the south-central coast, which also triggered a tsunami that
devastated coastal towns. 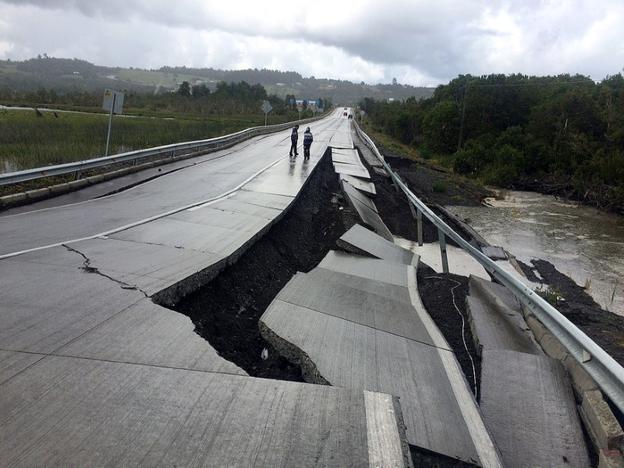 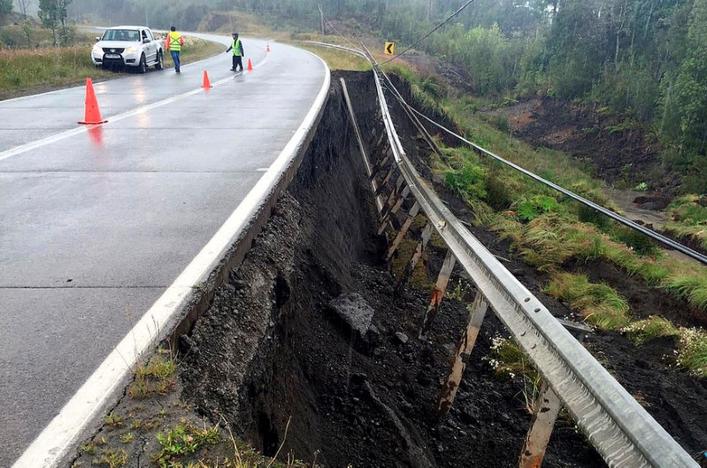 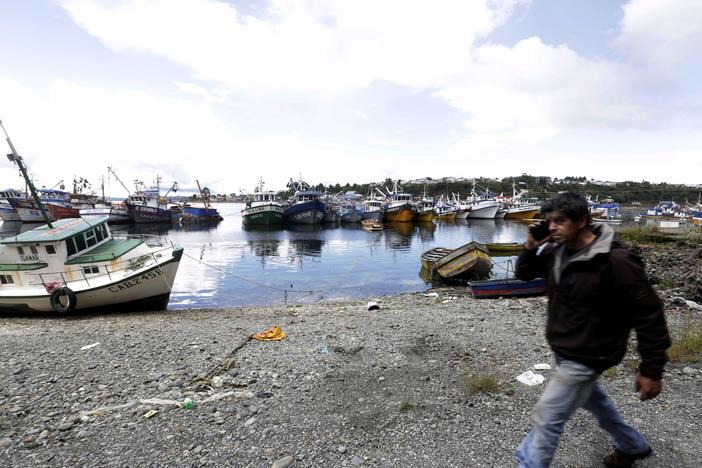 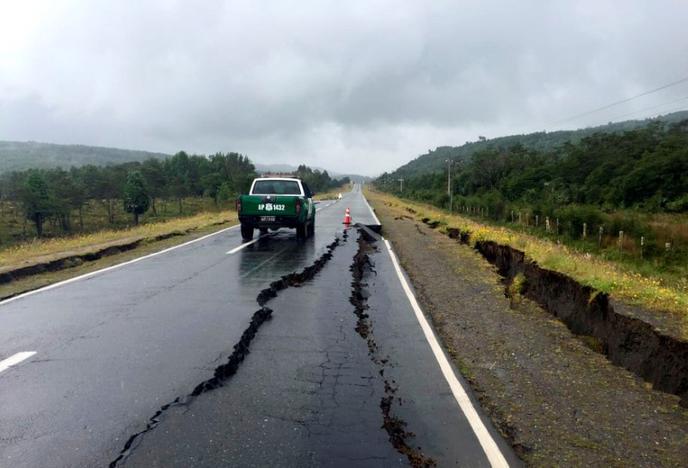