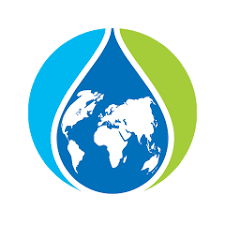 The Gavi global alliance for vaccines and immunization group signed a $5 million advance purchase commitment on Wednesday to buy a vaccine being developed by Merck to protect against future outbreaks of the deadly Ebola virus.
Gavi said the agreement would help the U.S. drugmaker take the experimental Ebola vaccine through late-stage clinical trials to licensing and then through pre-qualification by the World Health Organization (WHO).
If approved, Merck’s so-called VSV-ZEBOV live attenuated Ebola Zaire vaccine would become one of the world’s first licensed Ebola shots and Gavi would be able to start buying it to create a stockpile for future outbreaks, it said in a statement issued at the World Economic Forum in Davos.
A vast epidemic of Ebola which swept through three countries in West Africa last year killed more than 11,300 people and infected more than 28,600.
“The suffering caused by the Ebola crisis was a wake-up call to many in the global health community,” said Gavi’s chief executive Seth Berkley.
“New threats require smart solutions and our innovative financing agreement with Merck will ensure that we are ahead of the curve for future Ebola outbreaks.”
The deal was agreed on the understanding that the vaccine will be submitted for a license by the end of 2017.
Speaking to Reuters in Davos, Berkley said the advance commitment should give a positive signal to drugmakers developing products that may not have an immediate market
“It’s critical that we give confidence to companies that when they make this type of effort, there is somebody to buy it,” he said.
As part of the agreement, Merck will ensure that 300,000 doses of the vaccine are available from May 2016 to be used in expanded use clinical trials as well as for emergency use as needed while development work on the shot continues.
Until the West Africa Ebola epidemic, which swiftly became the largest in history, previous outbreaks of the disease have infected far smaller numbers, usually fewer than 1,000 people.
Initial results from a clinical trial in Guinea of the vaccine, which tested it on some 4,000 people who had been in close contact with a confirmed Ebola case, showed complete protection after 10 days.
Merck says it has already submitted an application through WHO’s Emergency Use Assessment and Listing (EUAL) procedure which, if approved, would allow for the vaccine to be used if there is another Ebola emergency before it is licensed.
Jeremy Farrar, director of Britain’s Wellcome Trust global health charity which co-funded clinical trials of the Merck shot, said the “remarkable results” from those trials, as well as promising progress of other vaccine candidates, were “among the few positive outcomes to emerge from the epidemic”.
The WHO announced last week that no new Ebola cases had been reported in the three worst affected countries of Guinea, Liberia and Sierra Leone in the preceding 42 days.
Yet shortly after the WHO announcement – which included a warning that sporadic flare-ups could occur – Sierra Leone reported an Ebola-related death.
Farrar said such instances show how an Ebola vaccine could yet be useful in this outbreak, even in its final stages.
“As we saw with the new confirmed case just last week, the Ebola epidemic is likely to have a long tail and it’s possible that several more isolated cases will emerge in the coming weeks and months,” he said in a statement.
“This vaccine…could still play an important role in containing any additional flare ups of this outbreak, as well as being available to help prevent future epidemics.”

India launches it's own GPS satellite.