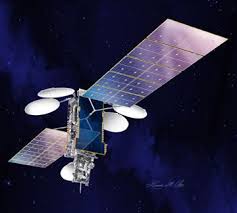 India successfully launched the fifth of a constellation of navigation satellites on Wednesday, as part of a program that will reduce dependency on the United States’ Global Positioning System (GPS) and other networks.
India’s plan is to have seven satellites that will provide navigational information over the country and upto 1,500 kilometers (932.06 miles) around the mainland, Indian Space Research Organisation said.
The American GPS, Russia’s Glonass and Europe’s Galileo have dozens of satellites to provide information across the globe. China is also building its own global positioning system, known as Beidou or COMPASS.
The satellite IRNSS-1E was launched into orbit by a locally developed spacecraft from the Sriharikota space center in southern India. Over the next few days, scientists will carry orbital maneuvers to place the satellite into a geosynchronous orbit, ISRO said in a statement.
Two more satellites are planned to be launched over the next several months, it said. India’s regional navigation system will provide open navigational information to all users but also restricted services to the military.
Indian Prime Minister Narendra Modi congratulated the scientists for their determination in setting up a home-grown navigational system. “Our scientists keep making us proud,” he said in a Twitter post.