Share
Facebook Twitter LinkedIn StumbleUpon Tumblr Pinterest Reddit WhatsApp Telegram Share via Email Print
Share
A gold pocket watch that once belonged to celebrated World War Two U.S. tank commander General George Patton and that he took with him on battlefields early in his military career fetched $137,000 at auction in New York on Thursday.
The 1909 Five Minute Repeater by Patek Philippe made for Tiffany & Co was a gift from Patton’s parents for his graduation from the U.S. Military Academy at West Point.
The watch had originally been priced at $600 but Patton’s parents purchased it for $350 because “it was thicker than the usual style,” Patton wrote in a memoir in 1927.
The watch was sold to an anonymous buyer, according to officials with Dallas-based Heritage Auctions.
The watch remained for eight decades in the family of the late general, who commanded the Seventh U.S. Army in the Mediterranean and Europe during World War Two.
Patton also commanded the Third U.S. Army in France and Germany following the Allied invasion of Normandy.
After Patton’s death in 1945, the watch was handed down through several generations.
“My wish for the watch has always been that it be cherished as a beautiful timepiece and as an interesting historical memento,” said Patton’s grandson Robert Patton, who put the watch up for auction.
The watch is inscribed “Lieut. George S. Patton USA, from his Father and Mother, June 11, 1909.”
“General Patton’s relationship with his parents, and especially his father, George S. Patton II, was very close,” Jim Wolf, director of fine timepieces for Heritage, said in a statement.
Historians have documented through Patton’s writings that he carried the watch with him while fighting against Pancho Villa in 1916 and in combat with the U.S. Army Tank Corps during World War One, Wolf said.
“I carried it in Mexico and France,” Patton wrote. “It keeps perfect time and is a great watch. Aunt Nannie bought me a chain to go with it.”
Patton did not carry the watch into battle during World War Two. Instead, he stored it in the Boston-area home that he and his wife purchased in 1928, the auction house said. 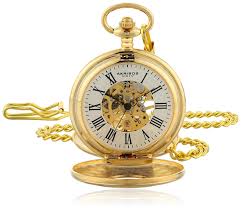