Share
Facebook Twitter LinkedIn StumbleUpon Tumblr Pinterest Reddit WhatsApp Telegram Share via Email Print
Share
Governor Atiku Bagudu of Kebbi State and officials of the Republic of Benin have commenced discussion on the establishment of a dry port on the Nigeria-Benin border.
The News Agency of Nigeria (NAN) reports that before the meeting, Bagudu had met with President Boni Yayi in Cotonou, during which they held talks on measures needed to stem disputes on the two countries common border.
Atiku had informed President Yayi that the Kebbi Government would establish a dry Port at Illo, a border town with Benin Republic to engender economic activities in the area.
He also said the state would construct roads and other services to encourage people along the border to be meaningfully engaged.According to the governor, the border area development project would stop the recurring conflict among communities in both countries.
President Yayi had pledged to ensure the success of the project especially as it would cement relationship and foster African integration.
He announced the appointment of the General Manager, Port of Cotonou, Dr. Samuel Katcho, to lead the Benin delegation in the discussion.
Katcho later told NAN that the project would strengthen economic ties between his country and Nigeria.
According to him, 35 per cent of business activities at the Cotonou port involved Nigerians, stressing that the dry port would provide immense benefits to both countries. 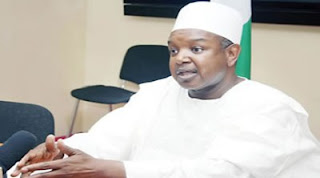 PDP in Bayelsa Loses the Cream of its Leaders