Share
Facebook Twitter LinkedIn StumbleUpon Tumblr Pinterest Reddit WhatsApp Telegram Share via Email Print
Share
A businessman, Magnus Onyenkwu Ezeago, has been arraigned before a Federal High Court in Lagos by the National Agency for Food and Drug Administration and Control (NAFDAC) for producing, false labeling, stocking and distributing fake Alomo Bitters, a popular alcoholic beverage.
Ezeago, who resides at No 27 Toyin Street, Oke, Ibadan, Oyo State, is standing trial before the Court on a six-count charge bordering on unlawful production and distribution of unwholesome processed food, according to a statement issued by the agency’s Public Relations Officer, Enforcement Operations, Mr. Anslem Okonkwor.
According to the statement, the prosecuting counsel, Mr. Bartholomew Simon, told the court that the accused committed the alleged offences sometime in January, at his residence. He said the accused unlawfully produced, packaged, falsely labelled, distributed and sold to the public Kasapreko Alomo Bitters, an unwholesome food product.
Simon maintained that the offences contravened Sections 1 (a), 5 (a) of the Counterfeit and Fake Drugs and Unwholesome processed foods (Miscellaneous Provision) Act Cap C34, Laws of the Federation 2004 and punishable under Sections 3 (1) (a) and 17 of same Act.
When the count was read to the accused, he pleaded not guilty. The prosecutor, however, urged the court to remand the accused to prison custody pending trial. However, counsel to the accused, Mr. Olusegun Akanbi, urged the court to allow him make an oral application for bail.
But Justice Mohammed Yunusa, in his ruling said he preferred such an application to be made formally.
He subsequently ordered the remand of the accused in prison custody and adjourned the case to August 20, for hearing on bail application.
Ezeago had been on NAFDAC’s wanted list since January when he escaped arrest. He was apprehended last week by the agency’s state office in Ibadan, the statement noted. 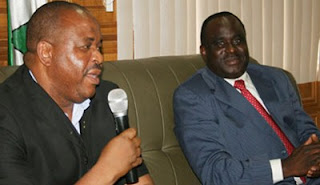