Share
Facebook Twitter LinkedIn StumbleUpon Tumblr Pinterest Reddit WhatsApp Telegram Share via Email Print
Share
The producers of longrunning U.S. children’s TV show “Sesame Street” have struck a five-year partnership with cable channel HBO that will bring much-needed funding for the future of the award-winning show, both companies said on Thursday.
The deal will make the next five seasons of “Sesame Street” available first on HBO and its on-demand and mobile services, and will allow the makers of the show to produce twice as much new content as they have done in previous seasons, the new partners said in a statement. The new episodes will start running on HBO, a unit of Time Warner Inc., in the late fall this year.
Sesame Workshop, the nonprofit organization behind the 45-year old show, said it will produce a Muppet spinoff series and develop a new educational series for children.
Jeffrey D. Dunn, Sesame Workshop’s chief executive officer, said the partnership with HBO “provides Sesame Workshop with the critical funding it needs to be able to continue production of Sesame Street and secure its nonprofit mission of helping kids grow smarter, stronger and kinder.”
“Sesame Street,” had previously been broadcast in the United States on publicly-funded PBS, which is free of charge to TV viewers. Under the deal, new episodes of the show will run on PBS after a nine-month window.
Aimed at pre-schoolers, “Sesame Street” created Muppets like Elmo, Big Bird and Cookie Monster that have become cultural icons around the world. The show has won more than 150 Emmy awards and is broadcast in some 140 nations. 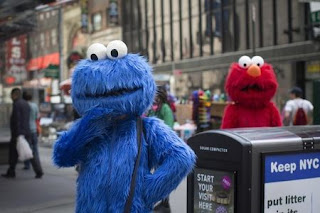