Share
Facebook Twitter LinkedIn StumbleUpon Tumblr Pinterest Reddit WhatsApp Telegram Share via Email Print
Share
Deputy Managing Director, Transmission Company of Nigeria (TCN) Dr Atiku Abubakar yesterday said about N15 billion was required for the nation to generate 8,000 megawatts of electricity by 2016.
Abubakar spoke while inspection of some electricity projects at the sidelines of a training programme for auditors in Lagos.
He said electricity generation recently improved, attributing it to improved gas supply.
According to him, the highest peak (4,652 megawatts) was reached in July, with transmission a little above the power generated, saying TCN could transmit about 5,300 megawatts.
‘’As generation is improving, we are expected to expand transmission to evacuate all that is being generated for distribution.
“l can assure that we have our plans, targeting projects that are critical, so that within a short time, we will  hit 8,000 megawatts by end of 2016,’’ he said..
Abubakar said interested investors willing to invest in the transmission segment had been shortlisted, adding that over 30 investors that could deliver on project had been chosen.
He said he won’t name them, adding: ‘’We are trying to see that they are capable technically and financially  to fund the project’’.
“We are putting up a framework to enable them recover their investment.
“Since the Federal Government won’t give them a sovereign guarantee, we’ll repayment from our billing charges and internally generated revenue,’’ Abubakar said. 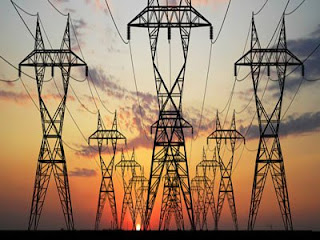