Share
Facebook Twitter LinkedIn StumbleUpon Tumblr Pinterest Reddit WhatsApp Telegram Share via Email Print
Share
Jaiyeola Andrews
The United States on Wednesday strongly condemned the recent terrorist attack in Borno State.
It equally promised to work closely with the federal government and other international partners to combat Boko Haram, as well as assisting the many victims of its senseless brutality.The attack claimed the lives of more than 40 people and injured dozens more in a crowded market in Sabon Gari area of the state.
The condemnation was contained in a statement by U.S. Department of State spokesperson Washington, D.C., John Kirby. 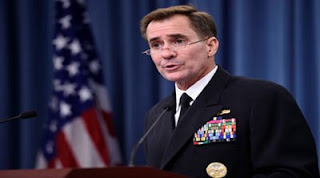