Share
Facebook Twitter LinkedIn StumbleUpon Tumblr Pinterest Reddit WhatsApp Telegram Share via Email Print
Share
Oil extended losses to multi-month lows on Monday on worries of oversupply as OPEC pumped at record levels in July, while weak China data stoked concerns about slower growth at the world’s second largest oil consumer.
Oil output by the Organization of the Petroleum Exporting Countries (OPEC) reached the highest monthly level in recent history in July, a Reuters survey showed, with Saudi Arabia and other key members showing no sign of wavering in their focus on defending market share instead of prices.
The lack of a plan by OPEC to make room for the return of more Iranian oil further fuelled supply worries. Iran expects to raise output by 500,000 barrels per day (bpd) as soon as sanctions are lifted and by a million bpd within months, its Oil Minister Bijan Zanganeh has said.
“The market seems to again focus on the supply situation … one of the difficulties is that Iran may be coming back and there is no obvious sign that OPEC will make room for them,” Ric Spooner, chief market analyst at CMC Markets in Sydney said.
Brent fell 50 cents to $51.71 a barrel by 0643 GMT (2:43 a.m. EDT) after touching an intraday low of $51.50, the lowest since Feb. 2. It is on its longest weekly losing streak since late 2014.
U.S. crude fell 39 cents to $46.73 a barrel after hitting the lowest in four months at $46.35. Front-month prices lost 20.8 percent in July, the biggest monthly drop since October 2008.
Technical charts showed that Brent could fall further towards $50 in the near term while West Texas Intermediate (WTI) could head to lows of around $42.03 if it breaks a support level at $46.40, Barclays analyst Lynnden Branigan said in a note.
Hedge funds and other speculators have slashed their bullish exposure to WTI to the lowest in nearly five years, trade data showed on Friday, as local drillers continue to add rigs and pump at full throttle despite a global oil glut.
“The recent recovery in the oil rig count supports our expectation that U.S. producers can and will ramp up activity with WTI prices near $60/bbl, given improved returns with costs down 30 percent,” Goldman Sachs analysts said in a weekly rig count report.
“The current rig count implies that U.S. production will sequentially decline in 3Q15 although continue to grow in 2016.”
Growth at China’s big manufacturing companies unexpectedly stalled in July as demand at home and abroad weakened,
an official survey showed on Saturday, adding to worries from a recent slump in Chinese stock markets. 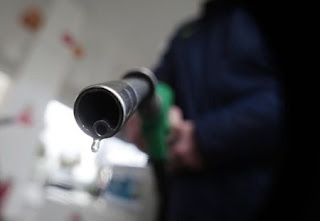