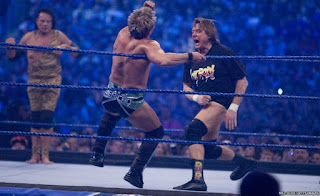 The former professional wrestler ‘Rowdy’ Roddy Piper, known for wearing a kilt in the ring, has died aged 61.
Piper, born Roderick Toombs in Saskatchewan, Canada, was one of the main stars of the wrestling circuit from the mid-1980s.
During his career, he won more than 30 titles and was inducted into wrestling’s WWE Hall of Fame in 2005.
His death comes a month after that of Dusty Rhodes, another Hall of Fame member, aged 69.
The cause of Piper’s death was not revealed. He had successfully fought Hodgkin’s lymphoma in 2006.
“Roddy Piper was one of the most entertaining, controversial and bombastic performers ever in WWE,” said the sport’s chairman Vince McMahon.
The 13-time world champion Paul ‘Triple H’ Levesque
He was best known for his rivalry with Hulk Hogan and together they headlined some of wrestling’s biggest matches.
Hogan and his partner beat Piper and his partner at the first WrestleMania event at Madison Square Garden in March 1985.
Cast as a villain early in his career, Piper once cracked a coconut over the head of one of his rivals, Jimmy ‘Superfly’ Snuka.
But he gained praise after branching out into acting, starring in the cult 1988 film They Live.
Its director, John Carpenter, said: “He was an under-rated actor and just a marvellous entertainer and I feel like I’ve just lost one of my close friends.” 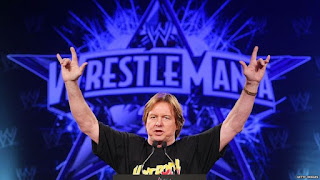