Share
Facebook Twitter LinkedIn StumbleUpon Tumblr Pinterest Reddit WhatsApp Telegram Share via Email Print
Share
Christopher Isiguzo in Enugu       Governor Ifeanyi Ugwuanyi of Enugu State has commended UNICEF for her technical support to the state in some sectors of the state economy, especially in the area of war against child trafficking and all forms of child abuse.
Governor Ugwuanyi spoke when he received in audience, management members of UNCEF Enugu led by her Chief Field Officer, Mr. Charles Nzuki, noted that the state had enjoyed strong relationship and partnership with UNICEF which he said had produced results particularly in the lives of children and women.
“The state is grateful to UNICEF for the technical support that it has continually provided towards the success of some of the state programmes”, he said.
He added that such programmes had provided free education for children in primary and junior secondary schools, renovations of state primary and secondary schools, free maternal and child health care among others.
The Governor also observed that through the Ministry of Gender Affairs that the state had staged war against child trafficking and all forms of child abuse in the state.
Earlier in an address, the leader of the group, Mr. Nzuki, thanked Governor Ugwuanyi for his  administration’s maintenance of strong partnership with UNICEF.
He observed that through the UNICEF/Enugu State Government collaboration that a lot have been achieved in the areas of UNICEF supported programmes in health, education, water and sanitation and protection.
He observed that more children in the state are now realising their rights in health, education and protection.
According to the UNICEF Field Officer more children and communities have also access to immunisation services and coverage against all vaccine preventable diseases.  He added that more women are accessing health services through the increased commitment of the Enugu State on the prevention of HIV.
Mr. Nzuki also appreciated the efforts Governor Ugwuanyi had demonstrated towards Enugu State remaining Polio Free through his administration’s strong commitment and result driven strategies in universal child survival and development goals.
He reiterated UNICEF’s commitment in supporting Enugu State to achieve its developmental agenda, especially towards improving the welfare of women and children. 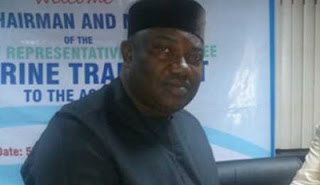