Share
Facebook Twitter LinkedIn StumbleUpon Tumblr Pinterest Reddit WhatsApp Telegram Share via Email Print
Share
A surge of takeover activity involving healthcare, financial and retail companies lifted the value of deals in July over $430 billion, making it the seventh-busiest mergers and acquisition month on record, Thomson Reuters data showed.
A total of $436.4 billion worth of deals had been concluded as of July 30, including 14 bumper deals worth over $5 billion apiece, according to the data. That included Israeli drugmaker Teva Pharmaceutical’s $40.5 billion acquisition of U.S. company Allergan’s generic drugs business.
Although the tally marks a slowdown from June’s all-time monthly high of $546.8 billion, it represents a near 50 percent rise on July 2014 and the second-busiest July since records began in 1980.
Goldman Sachs was the busiest investment bank in July, by value of transactions, advising on deals worth $148.8 billion. It worked on 35 deals, including five of the month’s top 10, according to Thomson Reuters.
JPMorgan – in second place – advised on 30 deals with a value of $116.1 billion, and third-ranked Morgan Stanley worked on 33 deals worth $95.9 billion, the data showed.
Global M&A activity has hit $2.64 trillion so far this year, up 41 percent from the same stage last year, led by a 66 percent surge in the United States, a 74 percent jump in China and a more than doubling in deals in Britain.
Energy and healthcare M&A activity has led the way this year. There have been 1,557 deals in energy and power worth $407 billion this year, up 67 percent on a year ago, and 1,577 healthcare industry deals worth $395 billion, up 77 percent. 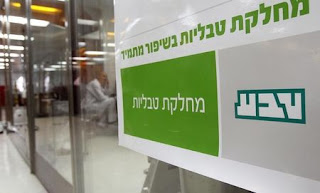