Share
Facebook Twitter LinkedIn StumbleUpon Tumblr Pinterest Reddit WhatsApp Telegram Share via Email Print
Share
The Economic and Financial Crimes Commission (EFCC) yesterday raised a team of crack investigators to grill Senate President Bukola Saraki’s wife, Oluwatoyin and the late President Umaru Yar’Adua’s daughter, Hajiya Zainab Dakingari.
Mrs. Saraki has written the EFCC seeking to appear today or tomorrow.
Expressing her readiness to cooperate with the anti-graft commission, she had never received unlawful public funds.
A source in the commission said: “We are ready for Mrs. Oluwatoyin Saraki and Hajiya Zainab Dakingari – if they honour our invitation.
“We have a crack team of investigators that will handle their matters with fairness and objectivity.
“Our invitation does not presume them guilty. There are petitions against them; we want to hear their side too. If there is no prima facie case against them, the EFCC will release these women. So, we are still at a fact-finding stage.”
But ahead of today’s appearance, Mrs. Saraki has written the EFCC, seeking leave to be available for interrogation either today or tomorrow.
The letter was signed by the Private Secretary to the Wellbeing Foundation of the wife of the Senate President.
In the letter, Mrs. Saraki said she had never received unlawful public funds.
The letter reads in part: “Her Excellency is currently outside Nigeria and expects to return to Abuja on Monday, 27th of July. She thus requests an appointment to attend your office on Tuesday, 28th July 2015 or Wednesday, 29th July 2015 at mutually agreed convenience.
“We look forward to your response and acquiescence to the appointment date requested by Her Excellency.”
Mrs. Saraki said she was ready to cooperate with EFCC though the allegations had not been made available to her.
She also said she had never received unlawful funds in and out of office.
The letter added: “While she has no idea whatsoever what matter this may pertain to, Her Excellency will be delighted to assist your respected office with any lawful enquiries you may have as a law-abiding, responsible, transparent and accountable private citizen who has never been sought recourse to, nor received any unlawful public funds in any private capacity or activity.” 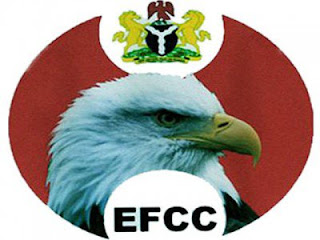 WAEC threatens to withhold results of 19 states over N4b debts