Share
Facebook Twitter LinkedIn StumbleUpon Tumblr Pinterest Reddit WhatsApp Telegram Share via Email Print
Share
West African Examinations Council (WAEC) has threatened to withhold results of candidates in 19 states, who wrote the May/June 2015 West African Senior Certificate Examination (WASSCE), following unpaid examination fees by state governments.
The National Head of the Council, Mr. Charles Eguridu, lamented that the affected states owed N4 billion for the May/June 2015 WASSCE and 2014.
Eguridu, who refused to mention the states, gave them two weeks to pay the money after which the council would release this year’s result.
“As I speak to you now, we are cash-strapped as a result of the delay in off-setting the registration fees owed the council by some states. As a result, we are finding it difficult in meeting our financial obligations, particularly to our supervisors, examiners and service providers.
“We have written to the affected states governments without any response. The poor response of debtor-states is threatening the smooth operations of the council,” he added.
Eguridu noted that the council gave room for the state-sponsored candidates to write the examinations on credit because WAEC was not profit-making.
Of the defaulting states, Eguridu said only one responded to WAEC’s notifications six weeks ago, but was yet to pay.
He warned that if the affected states reneged after the two-week ultimatum, the council would be forced to make the names public when releasing the results of the May/June 2015 WASSCE.
The council, therefore, appealed to the affected states to pay the registration fees of their candidates as soon as possible, “as we cannot guarantee that the results of their candidates for May/June 2015 WASSCE will be released along with others”. 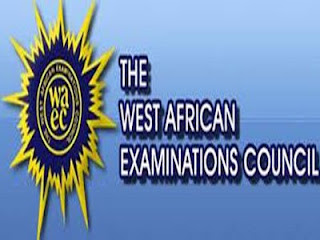 Oil thieves to be name:Buhari