Share
Facebook Twitter LinkedIn StumbleUpon Tumblr Pinterest Reddit WhatsApp Telegram Share via Email Print
Share
Carnival Corp , the world’s largest cruise operator, said it had received U.S. approvals to operate cruises to Cuba and planned to start in May.
The United States and Cuba have been working to thaw relations after more than five decades of animosity that had led to trade embargos against the communist-led country.
The countries formally agreed last week to restore diplomatic relations on July 20.
Carnival said it was still in talks for Cuban approvals.
Americans are still banned from visiting Cuba as tourists but are allowed to go there for one of 12 reasons such as visiting family or participating in academic, professional, religious or educational programs.
Carnival said the cruises would focus on education, the environment and economic development and feature Spanish lessons and workshops on the country’s heritage.
The cruises, expected by the company to start in May, will be launched under its new “fathom” brand, set up to run cruises with humanitarian and cultural themes.
Carnival will use the 710-passenger vessel, the MV Adonia, for its Cuba cruises, which it said would start at $2,990 per person excluding taxes and other fees.
The company said it had received approvals from the U.S. Department of the Treasury and the U.S. Department of Commerce to the cruises.
Carnival shares were down 1.1 percent at $48.77 in early trading on the New York Stock Exchange on Tuesday. 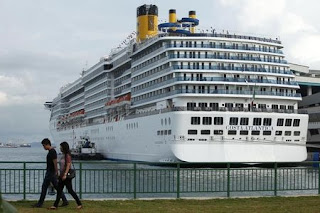