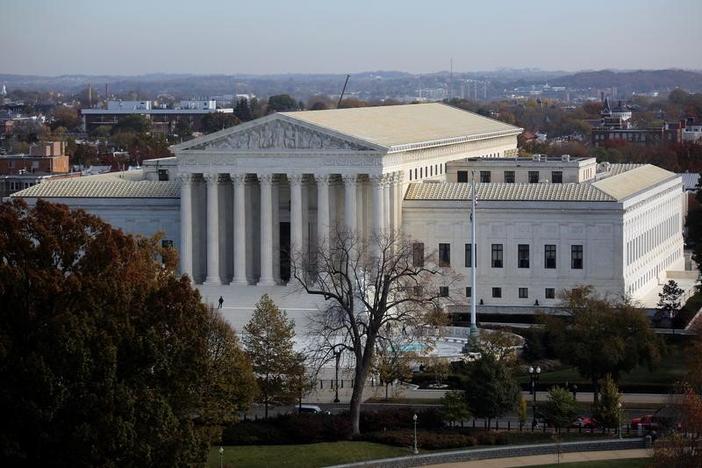 Gorsuch
is the youngest nominee to the nation’s highest court in more than a
quarter century, and he could influence the direction of the court for
decades.

Announcing the selection
at the White House flanked by the judge and his wife, Trump said
Gorsuch’s resume is “as good as it gets.” Trump said he hopes
Republicans and Democrats can come together on this nomination for the
good of the country.

“Depending
on their age, a justice can be active for 50 years. And his or her
decisions can last a century or more, and can often be permanent,” Trump
added.

Gorsuch is a judge on the
Denver-based 10th U.S. Circuit Court of Appeals and was appointed to
that post by Republican President George W. Bush in 2006.

Some
Democrats in the U.S. Senate, which votes on whether to confirm
judicial nominees, have already said they would seek to block whoever
Trump nominates.

Gorsuch is
considered a conservative intellectual, known for backing religious
rights, and is seen as very much in the mold of Scalia, a leading
conservative voice on the court for decades.

A
senior administration official, speaking on condition of anonymity,
said the choice of Gorsuch was seen by the White House as a significant
departure from Supreme Court nominations from the recent past, given
that many justices have come from the eastern United States. Gorsuch
lives in Boulder, Colorado, where he raises horses and is a life-long
outdoorsman.

The official
described Gorsuch as a mainstream judge who should easily be confirmed
by the Senate. The official noted that the Senate confirmed him for his
current judgeship in 2006 by voice vote with no one voting against him.

The
official said the White House feels Gorsuch has the qualities that
Democratic senators said they wanted to see in a justice during visits
with senior Trump officials about filling the vacancy.

“He
plays it straight. He sticks to principles, and his opinions reflect a
consistency regardless of who is in his courtroom,” the official said of
Gorsuch.

Trump made his choice
between two U.S. appeals court judges, Gorsuch and Thomas Hardiman of
the Philadelphia-based 3rd U.S. Circuit Court of Appeals, according to a
source involved in the selection process.

He
is the son of Anne Burford, the first woman to head the U.S.
Environmental Protection Agency. She served in Republican President
Ronald Reagan’s administration but resigned in 1983 amid a fight with
Congress over documents on the EPA’s use of a fund created to clean up
toxic waste dumps nationwide.

Trump’s
selection was one of the most consequential appointments of his young
presidency as he moved to restore a conservative majority on the Supreme
Court that had been in place for decades until Scalia died at age 79 on
Feb. 13, 2016.

Trump, who took
office on Jan. 20, got the opportunity to name Scalia’s replacement only
because the Republican-led U.S. Senate, in an action with little
precedent in U.S. history, refused to consider Obama’s nominee for the
post, appeals court judge Merrick Garland. Obama nominated Garland on
March 16 but Republican senators led by Majority Leader Mitch McConnell
denied Garland the customary confirmation hearings and vote.

Trump
has said his promise to appoint a conservative justice was one of the
reasons he won the Nov. 8 presidential election, with Christian
conservatives and others emphasizing the importance of the pick during
the campaign. Trump last week said evangelical Christians would love his
nominee.

Trump’s fellow
Republicans hold a 52-48 majority in the Senate. The minority Democrats,
irate over Garland’s rebuff, potentially could try to block the
nomination with procedural hurdles.

The
new appointee would expand the court’s conservative wing, made up of
John Roberts, Anthony Kennedy, Clarence Thomas and Samuel Alito. Kennedy
long has been considered the court’s pivotal vote, sometimes siding
with the liberals in key cases such as the June 2016 ruling striking
down abortion restrictions in Texas.

Gorsuch
has strong academic qualifications, with an Ivy League education:
attending Columbia University and, like several of the other justices on
the court, Harvard Law School. He also completed a doctorate in legal
philosophy at Oxford University, spent several years in private practice
and worked in George W. Bush’s Justice Department.

Gorsuch
joined an opinion in 2013 saying that owners of private companies could
object on religious grounds to a provision of the Obamacare health
insurance law requiring employers to provide coverage for birth control
for women.

As long as Kennedy and four liberals remain
on the bench, the court is not expected to pare back abortion rights as
many U.S. conservatives fervently hope. The Supreme Court legalized
abortion in the landmark 1973 Roe v. Wade ruling. In June, the justices
ruled 5-3 to strike down a Texas law that restricted abortion access,
with Kennedy and the liberals in the majority.

The current
vacancy is the court’s longest since a 391-day void from 1969 to 1970
during Republican Richard Nixon’s presidency. After Abe Fortas resigned
from the court in May 1969, the Senate voted down two nominees put
forward by Nixon before confirming Harry Blackmun, who became a justice
in June 1970. Aside from that one, no other Supreme Court vacancy since
the U.S. Civil War years of the 1860s has been as long as the current
one.
Advocacy groups geared up for a fight.

Judicial
Crisis Network, a conservative legal advocacy group, said it would
launch the first part of a $10 million media advertisement campaign on
Tuesday night in favor of Trump’s pick. The effort will hold Senate
Democrats who face election in 2018 “accountable for their choice” on
the Supreme Court, the group said.

Liberal
groups including People For the American Way and abortion rights
advocate NARAL Pro-Choice America planned a nighttime rally in
opposition to Trump’s nominee outside the Supreme Court after the
announcement.

Trump
during his presidency may get to make additional appointments to the
Supreme Court. Liberal Ruth Bader Ginsburg, who Trump called upon to
resign last July after she called him “a faker,” is 83 while Kennedy is
80. Stephen Breyer, another liberal, is 78.
If
any of those three is replaced by a Trump appointee, conservatives
would be eager to bring cases challenging the Roe v. Wade ruling in the
hope it would be overturned, long a goal for many Christian
conservatives. 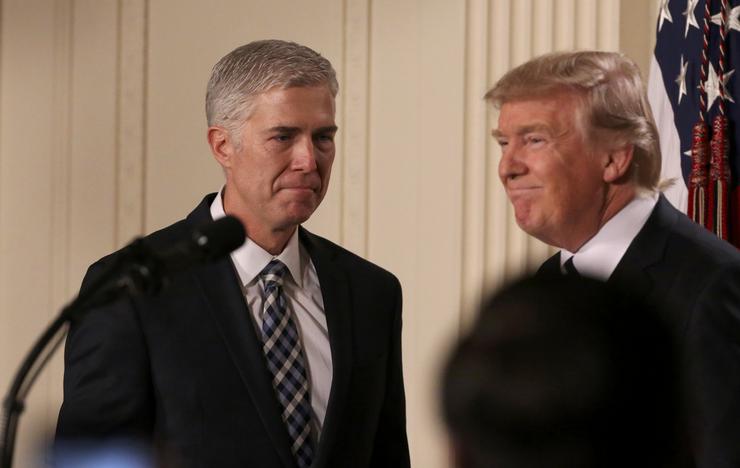