That appears to have changed less than two weeks into Donald Trump’s new administration.
A
sharp shift in tone toward Germany, casting the euro as fuel for that
country’s massive trade surplus, has raised concerns that the U.S.
president’s trade-centric world view may see the euro not as a
geopolitical plus, but as another needless bit of multilateralism.

While
Trump has refrained from commenting directly on the euro, he praised
Britain’s decision to exit the European Union as a “great thing” and
predicted that others would leave the bloc as the result of an influx of
refugees.

While Trump has refrained from commenting
directly on the euro, he praised Britain’s decision to exit the European
Union as a “great thing” and predicted that others would leave the bloc
as the result of an influx of refugees.

In comments published in the European press
on Tuesday, Trump trade adviser Peter Navarro said the “grossly
undervalued” euro served as a currency for Germany alone, allowing the
country to “exploit” the United States and others.

Framed narrowly, that
could put the United States on a clear a collision course with Germany,
the world’s fourth-largest economy and home to companies that rival top
U.S. industrial giants, as it is with Mexico or China.

“There
seems to be this desire to go back to a divide and conquer style
strategy where the U.S. negotiates against individual countries,” said
Douglas Rediker, executive chair of International Capital Strategies and
a former U.S. executive board member at the International Monetary
Fund.

“To single (Germany) out
when they don’t have authority to manipulate their currency, requires
you to make a leap – which is to say that ‘We don’t care that there
actually is a common currency. We are going to take you to account.'”

Monetary policy in the euro zone is set by the European Central Bank, and it is the ECB’s money creation policies that have contributed to the euro’s recent decline in value.

Like the U.S. Federal Reserve’s quantitative
easing, those efforts have been regarded internationally as a reasonable
response to the region’s dangerous economic weakness – not as an effort
to cheapen the currency to gain a trade advantage.

“The
question is how far will the new administration go with this?” said
Jeromin Zettelmeyer, a senior fellow at the Peterson Institute for
International Economics and a former German economic official.

Trump could, for example, try to tax German goods to offset
any perceived advantage gained from a cheap
euro, Zettelmeyer said. An import duty has already been suggested as a
way to redress alleged currency manipulation by China.

“Trump
seems to think that having a trade deficit with another country means
that the other country is somehow stealing or at least getting the
better deal,” said Zettelmeyer.

TRUMP CONCERNS ON THE RISE IN EUROPE

The first days of Trump’s
administration have touched off a wave of anxiety in Europe. European
Council President Donald Tusk went so far as to list the new government
in Washington among the chief “external” threats faced by Europe.

Criticism of Germany’s trade surplus, however, is not unique to Trump.

The Treasury Department under President Obama
added Germany to a “watch list” because of its large trade imbalances.
The U.S. trade deficit with Germany stood at $77 billion as of 2015,
three times that of other European Union countries combined, and $20
billion more than the deficit with Mexico, one of Trump’s other economic
nemeses.

But for Obama
officials, the aim was to get Germany to spend more and boost its
imports of goods from the rest of Europe and the rest of the world. It
was not to target the euro’s value and, by extension, the steps taken by
the ECB to revive European growth more broadly.

Partly
under American influence, the Group of 20 nations, including China, has
in recent years agreed to consensus language that countries would
“refrain from competitive devaluations.”

They
have also generally avoided criticizing each other’s central banks.
That diplomacy is credited at least in part for China’s recent shift
toward a more flexible currency regime that organizations like the
International Monetary Fund feel have brought the renminbi currency
close to fair market value.

In
their last report on the euro zone, IMF staff said they did think the
euro was undervalued. But they said the range could be anywhere from 0
to 10 percent, though likely larger for Germany.

“The
consequences (of a protectionist United States) affect us Germans as a
leading export and import nation particularly hard,” Federation of
German Industries chief Dieter Kempf said in a speech in Berlin after
the Navarro comments. 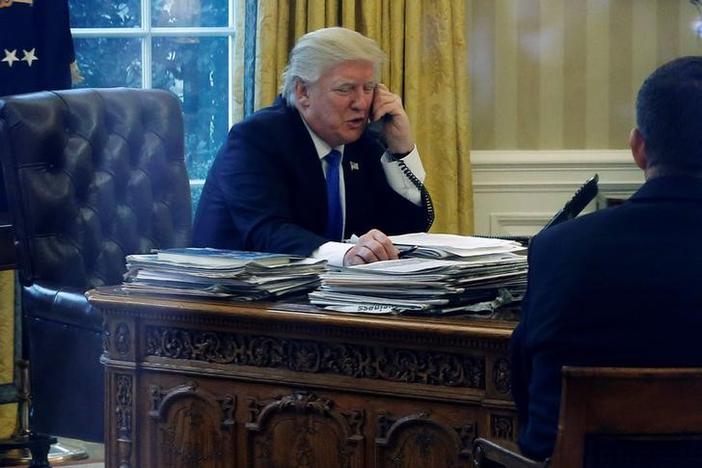 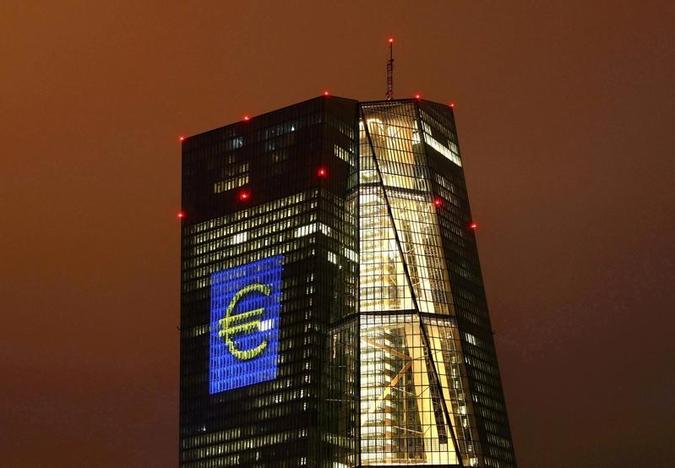