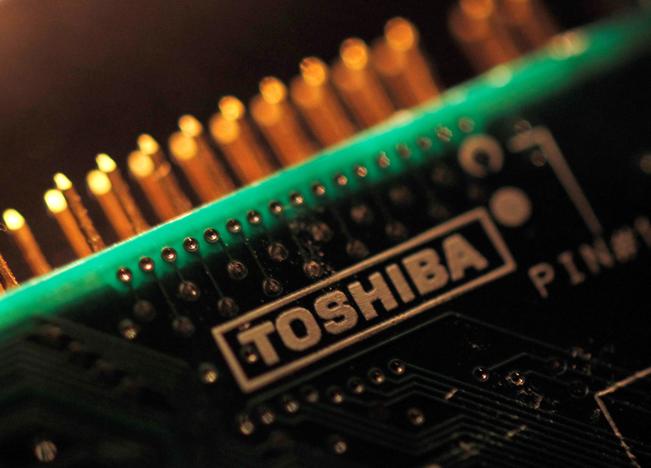 oshiba Corp (6502.T) said it will sell a minority stake in its memory chip business
as it urgently seeks funds to offset an imminent multi-billion dollar
writedown, adding that its overseas nuclear division – the cause of its
woes – was now under review.
The
drastic measures are set to be just some of the tough choices the
Japanese conglomerate will have to take as proceeds from the sale are
likely to only cover part of a charge that domestic media has put at $6
billion.

Still battered by a 2015 accounting
scandal, Toshiba was plunged back into crisis when it emerged late last
year that it had to account for huge cost overruns at a U.S. power plant
construction business recently acquired by its Westinghouse division.

Describing
the nuclear division as no longer a central business focus for the
firm, Chief Executive Satoshi Tsunakawa said Toshiba will review
Westinghouse’s role in new projects and whether it will continue with
U.S. power plant construction. The division will also now fall under
direct CEO supervision.

Tsunakawa added Toshiba was looking
to sell less than 20 percent of its memory chip business – the world’s
biggest NAND flash memory producer after Samsung Electronics (005930.KS) – which comprises the bulk of the conglomerate’s operating profit.

The
firm is rushing to complete the sale by the end of the financial year
in March as failure to do so will likely mean that shareholder equity –
just $3 billion in the wake of the accounting scandal – would be wiped
out by the charge.

It is also selling other assets
although it ruled out the sales of any of its infrastructure businesses –
which include water treatment, railway and elevator firms.

“We’ve
been raising funds through sales of stock holdings, real estate and
other assets,” Tsunakawa told a news conference without disclosing the
amount, adding that various measures were being considered to boost the
firm’s capital base by March.

Executives
declined to comment on the size of the writedown, which will be
announced on Feb.14 when Toshiba reports third-quarter results.

Mark Newman, an analyst at Sanford Bernstein in Hong Kong, said a stake sale would likely be a only short-term band-aid.

“The
NAND business is the only one with value, as it makes up all of the
semi-conductor profits, which comprise 75 percent of the overall
company’s profit. I won’t be surprised if they sell another 20 percent
in a few years time and then another 20 percent.”

Sources
have said many private equity funds, including Silver Lake and Permira,
have signed non-disclosure agreements with Toshiba. But it remains to
be seen how well the sale will go given the end-March deadline and
caution on the part of potential investors.

“Partnering
with Toshiba could be risky due to uncertainties over its nuclear
business,” said an official at a global private equity firm.

“Chip
businesses are highly cyclical and need massive capital investment.
Funds are cautious because they have had their fingers burnt with chip
investments in the past,” said the official, who was not authorized to
speak to media and declined to be identified.

Western
Digital, which operates a NAND plant in Japan with Toshiba, may seem
like a natural buyer of a large stake in the chip business, but a sale
before March might be difficult as it would likely invite a review by
anti-trust regulators.

Toshiba estimates the
value of its memory chip business at 1-1.5 trillion yen ($9-13 billion),
a person with direct knowledge of the matter has told Reuters.
The business generated sales of 845 billion yen and operating profit of 110 billion yen in the past financial year.

Toshiba
has also called on its main banks to support it and they have agreed to
not call in some loans early for now even as recent downgrades of the
firm’s credit ratings violate some provisions in debt agreements, people
with direct knowledge of the matter have said.

Business
weekly Toyo Keizai reported that Taiwan’s Foxconn, the world’s largest
contract manufacturer, is interested in either taking a stake in or
buying some of Toshiba’s businesses.

Foxconn
founder Terry Gou wants to build up the company’s advanced big-screen
display business and the integration of chips, camera, storage,
streaming will be key, said one person familiar with the company, adding
he would “not be surprised” to see Foxconn start talks with industry
players including Toshiba.

Russian Economic Crisis to be slash by IKEA