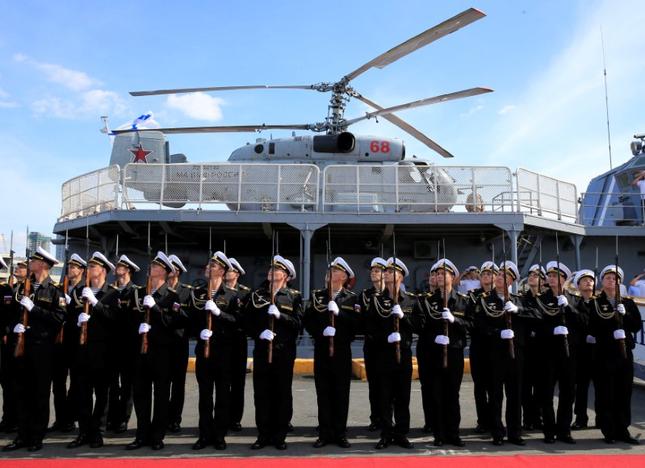 President Rodrigo
Duterte said on Friday that he hoped Moscow, a rival of the
Philippine’s traditional ally the United States, would become his
country’s ally and protector as he toured one of the two Russian
warships on a four-day visit to Manila.

Duterte’s
remarks came a day after Russia’s ambassador said his country was ready
to supply the Philippines with sophisticated weapons and aims to become
its close friend.

“We welcome our Russian friends.
Anytime you want to dock here for anything, for play, for replenish
supplies or maybe our ally to protect us,” said Duterte while shaking
the hands of Rear Admiral Eduard Mikhailov, head of the Flotilla of the
Russian Navy Pacific Fleet.

Duterte
has thrown the future of Philippine-U.S. relations into question with
angry outbursts against the United States, a former colonial power, and
some scaling back of military ties while taking steps to improve
relationships with China and Russia.

He is due to go to Moscow in April.
The visit by the Russian warships was the first official navy-to-navy
contact between the two countries.

Last
month, Duterte sent his foreign and defense ministers to Moscow to
discuss arms deals after a U.S. senator said he would block the sale of
26,000 assault rifles to the Philippines due to concern about a rising
death toll in a war on drugs launched by Duterte.

Mikhailov said on Tuesday Russia wanted to hold maritime exercises with the Philippines to help combat terrorism and piracy. 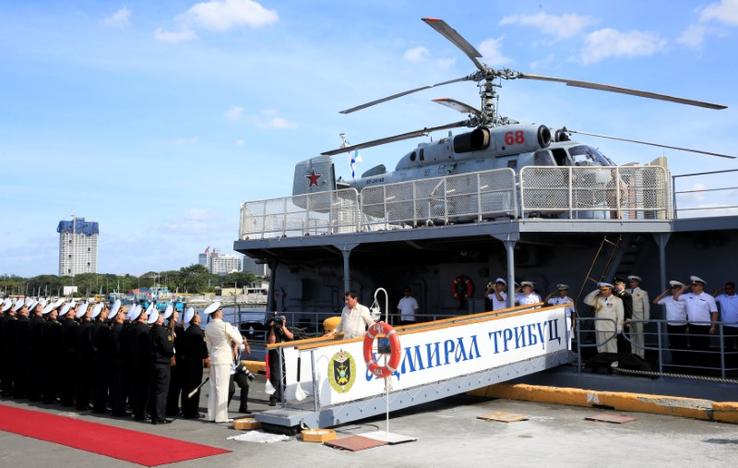 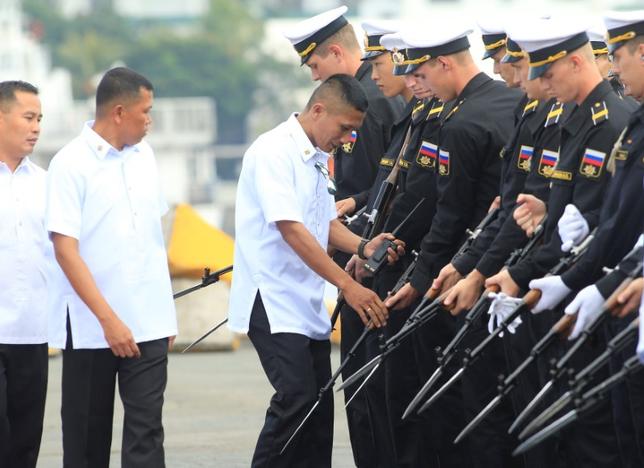 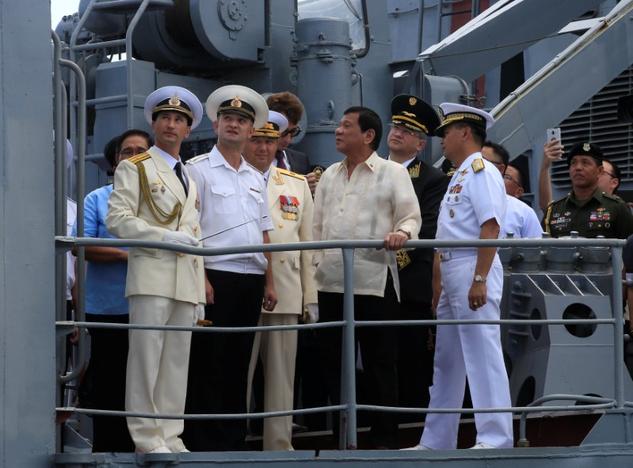