Japan’s Takata Corp,
maker of defective air bags that have been linked to 11 U.S. deaths,
could settle criminal charges with the U.S. Department of Justice before
the Obama administration leaves office next month, a source briefed on
the ongoing talks told Reuters on Wednesday.

Part
of a settlement would include Takata pleading guilty to criminal
misconduct, the source told Reuters. The Justice Department has
investigated whether Takata hid information from safety regulators and
issued misleading statements about the dangers posed by the air bags.
Any deal would likely include a monitor to ensure Takata’s compliance with the agreement, the source said.

The Wall Street Journal, citing people familiar
with the matter, reported earlier on Wednesday that a settlement could
require Takata to pay as much as $1 billion and be reached as early as
January.

The precise amount Takata pays could be considerably less than $1 billion and be paid over several years, the source said. 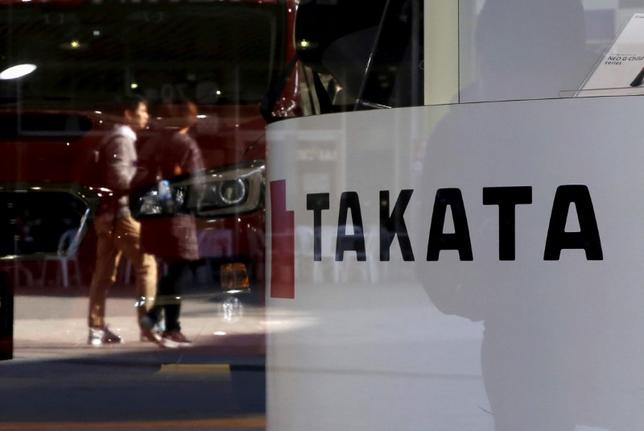 Takata air bag inflators have been
linked to at least 16 deaths worldwide, including the 11 U.S. deaths.
The inflators can explode with excessive force and send metal shrapnel
inside cars and trucks.

There is no guarantee the talks will wrap up by Jan. 20, when Obama leaves office, said the source.

Monitors
similar to the one that could be installed for the Takata case have
been appointed as watchdogs in two recent major U.S. auto safety recalls
involving General Motors Co and Toyota Motor Corp.

Regulators
have said recalls would eventually affect about 42 million U.S.
vehicles with Takata air bag inflators, making this the largest safety
recall in U.S. history.
Takata and the Justice Department have held talks for months about reaching an agreement.

The National Highway Traffic Safety
Administration in December 2015 named a former U.S. Justice Department
official to oversee the Takata recalls and the company’s compliance with
a NHTSA settlement. In November 2015, Takata agreed to pay a $70
million fine for safety violations and could face deferred penalties of
up to $130 million under a NHTSA settlement for further violations.

Earlier
this month, the U.S. Department of Transportation said it would press
the auto industry to accelerate the pace of replacements for defective
Takata air bag inflators and signaled a likely widening of the
industry’s largest recall.

Dollar on rat race against sterling on Brexit worries.