On
Monday, leaders of both houses of the legislature introduced measures
to protect undocumented immigrants in the state from efforts by a Trump
administration to deport them once the billionaire businessman takes
office Jan. 20.

The bills followed
closely on Democratic Governor Jerry Brown’s nomination of U.S.
Representative Xavier Becerra as attorney general, a high-ranking
Democrat who challenged the incoming administration to “come at us” on
such issues as climate change, immigration and worker protections.

“Immigrants
are a part of California’s history, our culture, and our society,” said
Assembly Speaker Anthony Rendon, a Democrat from Los Angeles,
responding to Trump’s calls to deport undocumented immigrants and build a
wall along the U.S. border with Mexico.

“We are telling the next Administration and Congress: if you want to get to them, you have to go through us.”
California
voted decisively for Democrat Hillary Clinton in the Nov. 8
presidential election, choosing the former first lady over Trump by 28
percentage points.

Democrats
hold two-thirds majorities in both houses of the legislature, and every
statewide office. The most populous U.S. state, California has more
than 2.7 million undocumented immigrants – about 7 percent of its 39
million population.

Brown’s
nomination of Becerra last week positions the state to fight back
against efforts to weaken progressive policies with a reliably
progressive attorney general steeped in the ways of Washington.
On
its first day back from recess on Monday the legislature passed
resolutions urging Trump to abandon his deportation promise, and
introduced two bills aimed at protecting immigrants.

One
measure would set up a fund to pay for lawyers for immigrants facing
deportation. Another would train criminal defense attorneys in
immigration law.

At a news conference on Monday, Brown and Becerra avoided antagonistic language about Trump.
But both men promised to protect the state’s interests.

“I don’t think California is out there to
pick fights,” Becerrra said. “But we certainly will stand up for the
rights that we do have.”

The Trump
transition team did not immediately respond to a request for comment.
But Republican leader Chad Mayes of Yucca Valley criticized the
legislature’s moves.

“Democrats
stole a page out of President-Elect Trump’s campaign playbook and pushed
a rhetorical, divisive agenda designed to inflame tensions many of us
seek to soothe,” Mayes said. 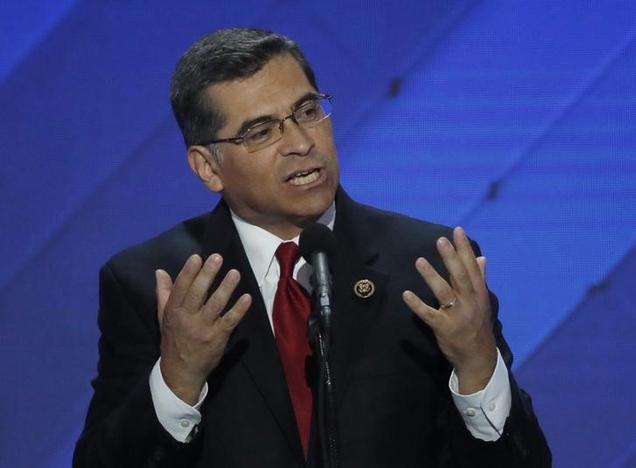