Lufthansa said earlier it had made a new offer
to try to break the deadlock in a long-running pay dispute with its
pilots who have been on strike since Wednesday.

This week’s walkout — the 14th since early 2014
— has already grounded some 2,600 planes and affected more than
315,000 passengers. Lufthansa has said the disruption has started to hit
medium-term bookings.

Pilots had been threatening to extend the strike
beyond Saturday, raising concerns among investors at the growing cost
to the company and the wider impact on Europe’s largest economy.

But the Vereinigung Cockpit pilots’ union said late on Friday it now had no plans for further strikes beyond Saturday.

It did not rule out further action in future however, but said that any strikes would be announced 24 hours in advance.

The union dismissed the airline’s latest offer as a “public relations move” and said it was not new.

Lufthansa
said earlier it had offered to increase wages by 4.4 percent in two
installments, as well as a one-off payment equal to 1.8 months’ pay.

The airline also said it had offered
to create 1,000 jobs for junior pilots and up to 600 pilot traineeships
over the next five years. It said it could enter mediation talks with
the union on Nov. 29.

In
return, pilots would have to agree to a change to their pension scheme
in which Lufthansa would only guarantee paid-in contributions. Cabin
crew and ground staff have already agreed to these changes.

Bettina Volkens, head of human resources at the airline, said the changes would help the airline save money.

The
union wants an average annual pay increase of 3.7 percent for 5,400
pilots in Germany over a five-year period backdated to 2012.

Lufthansa says it has to cut costs to compete with leaner rivals such as Ryanair (RYA.I) on short-haul routes and Emirates [EMIRA.UL] on long-haul flights, despite making a record profit in 2015.

Lufthansa
pilots are well paid by industry standards. A pilot at Lufthansa earns
on average 180,000 euros ($190,000) a year before tax, though a captain
on the highest pay level can earn as much as 22,000 euros a month before
tax.

Lufthansa had said
earlier it would be forced to cancel a further 137 flights on Saturday,
including 88 intercontinental flights, affecting some 30,000 travelers.
Some short- and medium-haul flights would also be affected, it said.

Passengers at Frankfurt airport on Friday were losing patience.

“It’s not pleasant,” said Lufthansa passenger Dieter Eidt who was booked on a flight to Rome and faced a lengthy delay.

“I believe that they are demanding something that can’t be fulfilled and which is unjustified,” Eidt said of the pilots.

Lufthansa has put the cost of the
stoppage at around 10 million euros ($11 million) a day. However, the
airline could take a longer-term hit if the strike prompts customers to
shun Lufthansa and switch to rival airlines.

Travel
search firm Kayak said nine percent fewer visitors to its site on
Wednesday and Thursday had opted for a Lufthansa flight compared to the
previous week.

“Many
people are looking for alternatives,” said Julia Stadler-Damisch,
regional director at Kayak. But she said she did not expect the
airline’s reputation to suffer in the long run.
Investors were not so sanguine.

Shares
in Lufthansa, down more than 13 percent this year, slipped lower on
Friday as investors fretted over the prospect of stoppages dragging on.

“The
name Lufthansa stands for safety, punctuality, reliability,” said
Michael Gierse, a fund manager at Lufthansa shareholder Union
Investment. “One has to wonder how much of the last two values still
remain after the strike.”

By Peter Maushagen and Caroline Copley. 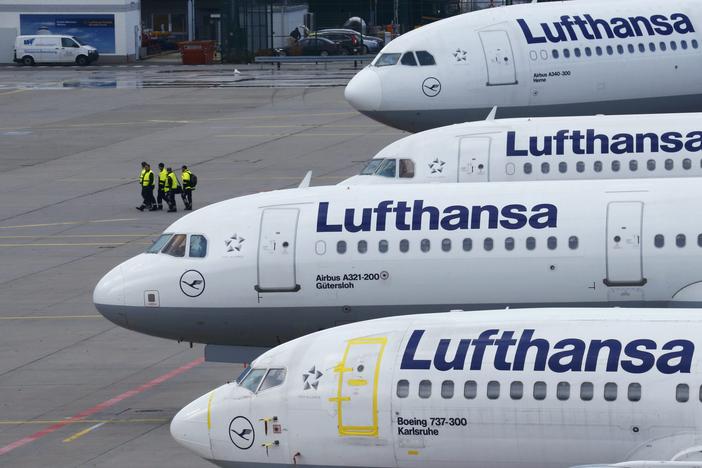 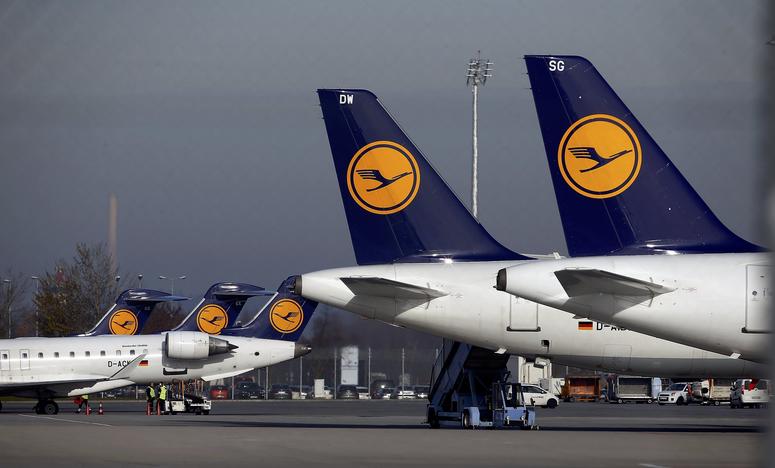