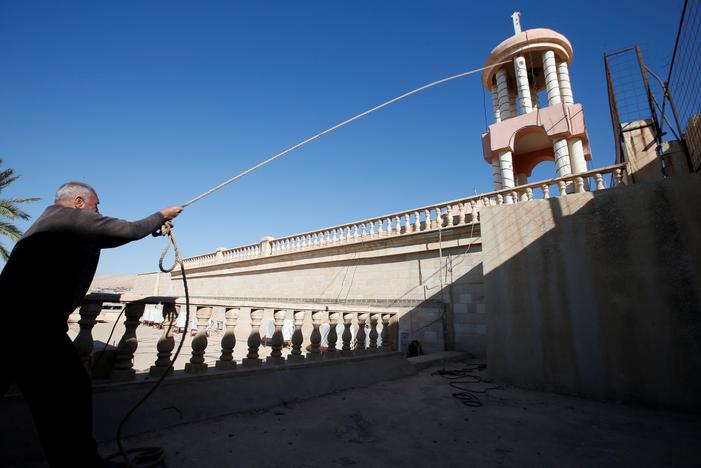 The bells have
rung out after two years of silence in the Mar Korkeis church in the
town of Bashiqa, some 15 km (10 miles) north of Mosul, Islamic State’s
last major city stronghold in Iraq.

Kurdish
Peshmerga fighters retook the town on Nov. 7, ending two years of rule
by the hardline Sunni group which persecuted Christians and other
minorities in the Nineveh plains, one of the world’s oldest centres of
Christianity.

Women
trilled to celebrate the moment when a new crucifix was erected on the
church, replacing one that was broken by the Islamic State militants.

The
town is largely empty as the Peshmerga have not finished clearing
explosives and mines left behind by the insurgents in their fight
against U.S.-backed Iraqi and Kurdish forces who launched an offensive
on Mosul on Oct. 17.

“We
want people to be patient and not to return here until we completely
clear the area, as we want to ensure their safety,” said Peshmerga
Brigadier General Mahram Yasin.

After
seizing the Nineveh plains in 2014, Islamic State issued an ultimatum
to Christians: pay a tax, convert to Islam, or die by the sword. Most
abandoned their homes and fled to the nearby autonomous Kurdish region.

The
priest at the Mar Korkeis church, Father Afram, said he would prefer
Bashiqa to remain under the control of the Kurdistan Regional Government
(KRG) and not revert to the Iraqi central government in Baghdad, about
400 km (250 miles) to the south.

“Of
course we would prefer to be part of the KRG, because of our proximity
to the area and because, for the past 13 years, the regional government
has been looking after us,” he said.
“Nobody
from Baghdad came here to say hello, at all,” since the U.S.-led
invasion that toppled Iraqi leader Saddam Hussein, he said.

Christianity in northern Iraq dates back to the first century AD.

The number of Christians has fallen
sharply during the violence which followed the 2003 toppling of Hussein,
and Islamic State’s takeover of Mosul two years ago saw the city purged
of Christians for the first time in two millennia.

From
a Mosul mosque in 2014 Islamic State leader Abu Bakr al-Baghdadi
declared a “caliphate” spanning parts of Iraq and Syria. The recapture
of Mosul would mark the effective defeat of the group in Iraq. 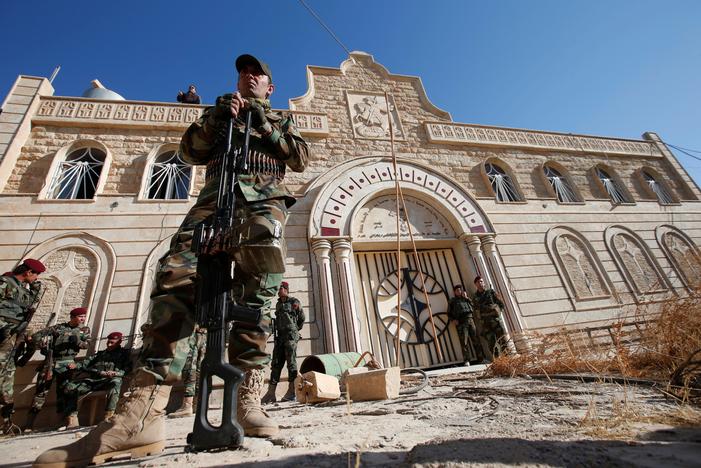 Syria and Ukraine in quick summit meet with Obama and Putin.