Share
Facebook Twitter LinkedIn StumbleUpon Tumblr Pinterest Reddit WhatsApp Telegram Share via Email Print
Share
German Chancellor
Angela Merkel pledged more support to fight against drug and people
smuggling from Mali, on the first day of a trip to Africa where she will
try to work toward curbing future waves of migration and to repair her
reputation at home.
She gave no details on what form the support would take.
Merkel,
who has yet to declare if she will seek a fourth term as chancellor
next year, has seen the popularity of her conservatives slump after her
move last year to allow almost one million migrants – most from the
Middle East – to enter Germany.

Mali
is among the top 10 countries of origin for migrants arriving in Italy
this year, the International Organization for Migration says, and
smuggling routes for migrants from other parts of West Africa also cross
its desert spaces.

Merkel,
who visits Niger on Monday and Ethiopia on Tuesday, did not say whether
Germany would also provide more helicopters for the United Nations’
MINUSMA mission in Mali.
Germany has more than 500 soldiers in Mali.

Merkel
said Germany would intensify its support for the agriculture sector as
well as for the security of the northern part of the country, where
Islamist groups are still active.

She told reporters after meeting President, Ibrahim Boubacar Keita: “We have a strong interest in stabilizing the country.”

“We want to contribute to the stabilization of Mali.”
The
Malian army is still largely absent from Mali’s desert north despite a
peace agreement signed last year that aimed to speed its return, placing
great pressure on MINUSMA forces to keep roaming militias and Islamist
militants at bay.

Merkel
has described Africa, with its population of 1.2 billion, as “the
central problem” in the migration issue, and last month said the EU
needed to establish migrant deals with north African countries along the
lines of a deal with Turkey.

Under a pact with the EU, Ankara has
agreed to take back all migrants and refugees who cross the Aegean to
enter Greece illegally, including Syrians.

Germany,
France and Italy have said they want to develop particularly closer
relationships with Niger and Mali, which they see as important partners
in solving the migration issue. 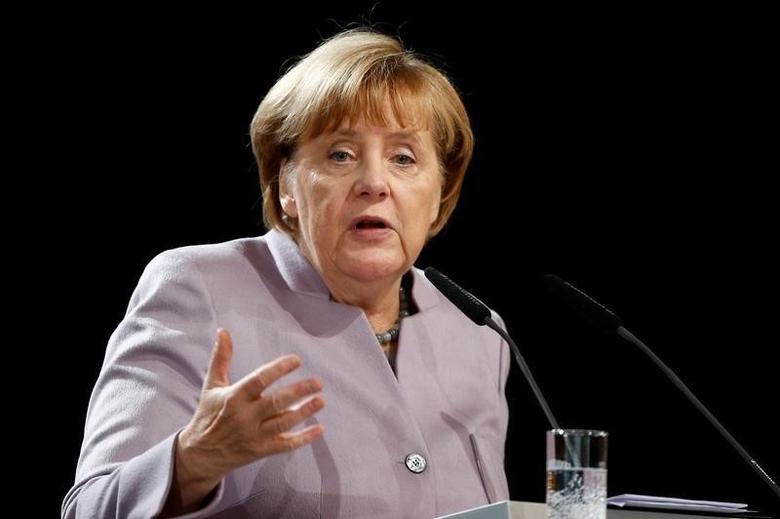