Share
Facebook Twitter LinkedIn StumbleUpon Tumblr Pinterest Reddit WhatsApp Telegram Share via Email Print
Share
ISIS has confirmed the death of “Jihadi John”  aka Mohammed Emwazi, aka Abu Muharib al-Muhajir  in the latest issue of its Dabiq magazine.
U.S. officials said in November that they were reasonably certain the English-speaking voice of the terror group had been killed in a targeted drone strike in Raqqa, Syria, ISIS’ de facto capital.
The confirmation in Dabiq was the first time ISIS addressed the militant’s death.
As the masked face of ISIS, Jihadi John was featured in a series of hostage videos, dressed head-to-toe in black his eyes and voice his lone revealing features and holding a knife.
Earlier this month, a British-sounding militant appeared in a chilling propaganda video from ISIS. The speaker’s accent and dress brought to mind Jihadi John, and the latter’s absence lent credence to Western intelligence agencies’ belief that he was indeed dead.
Dabiq published an image of Jihadi John with his face unmasked, along with an obituary.
It reported he was originally from the northeast of the Arabian Peninsula, and that he traveled at a young age with his family to London, a place he “grew to hate.” 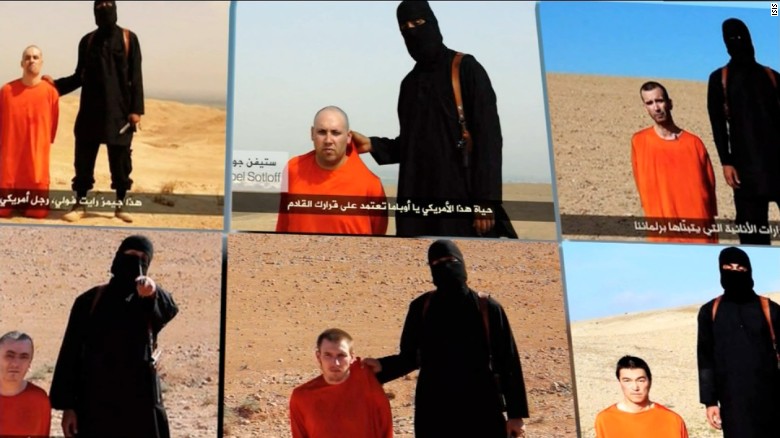