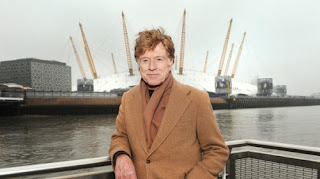 Robert Redford
Robert Redford and Cate Blanchett take on newsroom drama in “Truth,” with the Hollywood stars portraying TV news anchor Dan Rather and producer Mary Mapes, whose 2004 report on then U.S. President George W. Bush’s military record caused a scandal.
The duo worked on a CBS “60 Minutes” investigative story questioning Bush’s service in the Texas Air National Guard during the Vietnam War.
The U.S. network later acknowledged that documents used in the story, which aired two months before the presidential election pitting Bush against Democrat John Kerry, could not be authenticated. Rather was removed as “CBS Evening News” anchor.
“Even though it happened back in September 2004, I think the film is very … timely,” Blanchett, who plays Mapes, said at the premiere on Monday night. “It raises interesting and important questions about the relationship between our politicians and the media.”
“Truth” is set for release in New York and Los Angeles on Oct. 16. It will also screen at this month’s BFI London Film Festival. 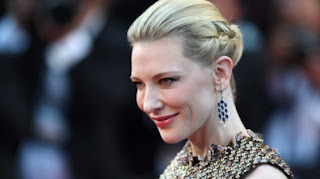