More than 35cm (13 inches) has fallen in three days in the historic city of Charleston.
Schools will shut on Monday and several inter-state highways have been closed.
The torrential rains have been made worse by a weather system connected to Hurricane Joaquin in the Caribbean.
The storm is not expected to hit the eastern US, but the moisture associated with it is contributing to heavy rainfall.
“We haven’t seen this level of rain in the low country in 1,000 years. That’s how big this is,” South Carolina Governor Nikki Haley said on Sunday.
Ms Haley urged residents to stay indoors.
“The water is not safe and a lot of areas across the state where you see this deep water, it’s got bacteria in it. So, stay inside and don’t get in there,” she said.
President Barack Obama has declared a state of emergency in South Carolina. The move means state and local authorities can receive federal help to deal with the flooding. 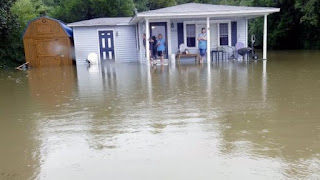 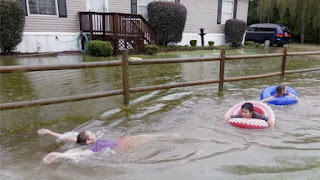 Afghan conflict US is investigating the incident MSF 'disgust' at government hospital claims.

college graduates worth there cost