Share
Facebook Twitter LinkedIn StumbleUpon Tumblr Pinterest Reddit WhatsApp Telegram Share via Email Print
Share
Marlon James became the first Jamaican author to make the short list for the prestigious Man Booker prize for fiction on Tuesday as his “A Brief History of Seven Killings” was among the six novels selected by a panel of judges.
The contenders for the prize, whose winner will be announced in October, were made by a five-person panel headed by Michael Wood, narrowing down the field from 13 books that had been on the long list.
“Only on rare occasions does celebration come so closely aligned with regret,” Wood said in a statement. “The regret of what we left out was tempered by the enormous excitement we have in presenting the six books on the shortlist.”
The other books on the short list are:
“Satin Island” by Tom McCarthy (Britain)
“The Fishermen” by Chigozie Obioma (Nigeria)
“The Year of the Runaways” by Sunjeev Sahota (Britain)
“A Spool of Blue Thread” by Anne Tyler (U.S.) 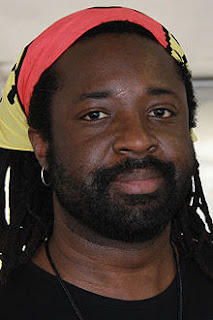 'Get it right this time' 1 Day Seminar at Real Estate PWAN Homes Limited.