Share
Facebook Twitter LinkedIn StumbleUpon Tumblr Pinterest Reddit WhatsApp Telegram Share via Email Print
Share
Leading parties in Democratic Republic of Congo’s ruling coalition warned President Joseph Kabila that actions by his allies had given the impression that he intends to violate the constitution by hanging onto power beyond 2016.
In a letter to Kabila, seen by Reuters, the heads of the so-called G7 parties demanded immediate steps to ensure that the presidential election, scheduled for Nov. 2016, is held on time. If held succesfully, the vote would be the country’s first ever peaceful transition of power. 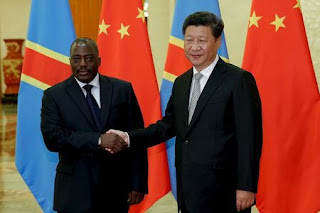