Share
Facebook Twitter LinkedIn StumbleUpon Tumblr Pinterest Reddit WhatsApp Telegram Share via Email Print
Share
“Spotlight” starring Michael Keaton and Mark Ruffalo as reporters working on the Boston Globe’s Pulitzer Prize-winning investigation of paedophile Roman Catholic priests deals with just a fraction of sexual predation in the Church, its director says.
Reports of sexual misconduct by the late British entertainer Jimmy Savile and other high profile cases are an indication of the global scope of the problem, and of failures to deal with it, Tom McCarthy said before his film’s screening on Thursday at the Venice Film Festival.
“These moments where we know people have done things wrong and we don’t, as a society, we don’t stand up to them, it takes years and years and years and the question is why? Why does it take so long?,” McCarthy said in an interview on Wednesday.
The Globe’s Spotlight team exposed the attacks over a period of decades by priests in the Boston archdiocese who molested young boys but instead of being reported to the police were given counseling and moved to a different parish. The expose led to the resignation of Boston’s Cardinal Bernard Law in 2002.
The film for the most part focuses on how the Globe’s team tracked down and confronted some of the offending priests.
They interviewed victims who were still distraught and disturbed decades later, and established that the Roman Catholic Church had a policy of paying victims to remain silent, and not rock the boat by making their allegations public.
McCarthy said that despite making some concessions to legal authorities by eventually turning over church records, he doubted the Church had fundamentally reformed.
“There are still cases in the Church, right? The new Pope (Francis) just appointed a tribunal with Cardinal (Sean Patrick) O’Malley out of Boston to oversee these cases but then SNAP (a victims’ group) and all these different organizations are saying it’s not enough, you’ve appointed an in-house tribunal, we are not going to get justice from that,” McCarthy said.
“I still believe in the Catholic Church, I believe in the good they can do but they are an institution that has to sort of take responsibility for the crimes they’ve committed against their parishioners and their constituency and own it – and they are not yet.”
Ruffalo said he hoped the film would help to build pressure on the Church to undertake further reforms.
“Many people left the Catholic faith because of a lot of this and it suffered but I feel like maybe now we can have a discussion with the Pope that’s in…and maybe it could start doing some reparations to the credibility of an institution that has meant a lot to people over the centuries.
“I think it’s essential, it must be done.” 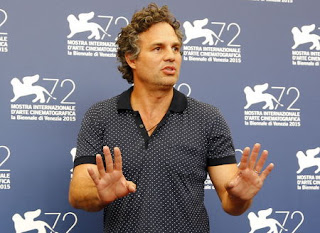 Ahead of Greek election poll Syriza falls behind conservatives