Share
Facebook Twitter LinkedIn StumbleUpon Tumblr Pinterest Reddit WhatsApp Telegram Share via Email Print
Share
Congolese warlord Bosco Ntaganda pleaded “Not guilty” on Wednesday to crimes including the rape of child soldiers in a campaign of pillage and murder in northeast Congo’s Ituri province in the early 2000s.
The Rwandan-born Ntaganda is accused by prosecutors at the International Criminal Court (ICC) of conspiring to expand the power of the Hema ethnic group and seize the province’s vast oil, diamond and gold wealth for himself.
He faces 18 charges of war crimes and crimes against humanity in all, including murder, rape, pillage and persecution, under a doctrine of international law that allows him to be charged personally with offences committed by forces under his command.
One alleged co-conspirator is Thomas Lubanga, who is serving a 14-year prison sentence after becoming the court’s first convicted defendant in 2012.
Prosecutor Fatou Bensouda told judges that fighters from Ntaganda’s Union of Congolese Patriots (UPC) had lured ethnic Lendus occupying the land they wanted to purported peace talks in order to capture and kill them.
“Bosco Ntaganda was the UPC’s highest commander, in charge of operations and organization,” she told the court, adding that he had allowed the slaughter to go unpunished.
One witness found the bodies of his own wife and children among victims of the slaughter in a banana field. Their throats had been slit and his infant daughter’s skull was staved in.
They were just five of an estimated 5,000 civilians killed during the 2002-03 campaign. Bensouda said Ntaganda had praised the field commander responsible as “a real man”.
SEX SLAVES
Bensouda said female child soldiers had been kept as sex slaves, “objects” freely available to other soldiers in Ntaganda’s militia.
Ntaganda, a tall, slight man with a pencil moustache, was known as “The Terminator” during his time commanding the UPC and a related guerilla army, the Patriotic Forces for the Liberation of Congo (FPLC).
He rose to tell the court: “I plead ‘Not guilty’ to the charges.”
The trial is the first test of a new team assembled by prosecutor Fatou Bensouda, who has promised more rigorous prosecution cases after a series of high-profile failures.
Ntaganda was indicted in 2006 but remained on the run for years, fighting in conflicts on and around Congo’s border with Rwanda. In 2013, fearing for his life, he handed himself in at the U.S. embassy in the Rwandan capital Kigali.
In Ituri, the local population were following radio updates of the trial, said Bienvenu Ukej, director of Justice Plus, a human rights organization in the provincial capital, Bunia. He said the fact that the trial was taking place was “already a step towards relief and some rehabilitation”.
The ICC, set up in 2002 to prosecute the most serious international crimes, has so far convicted only little-known warlords, all from the Ituri conflicts. Its case against Kenyan President Uhuru Kenyatta collapsed after witness withdrawals undermined an already brittle case.
Many of its highest-profile indictees, from Sudanese President Omar al-Bashir to Saif al-Islam, son of late Libyan leader Muammar Gaddafi, remain at large, their governments refusing to hand them over.
An inquiry into the Israeli-Palestinian conflict, which opened this year, is set to provide an even more severe test of the court’s ability to enforce its will in defiance of governments. 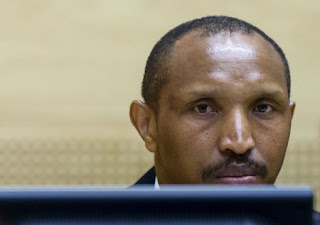