Share
Facebook Twitter LinkedIn StumbleUpon Tumblr Pinterest Reddit WhatsApp Telegram Share via Email Print
Share
To ensure 24-hour service in general hospitals and health centres, Lagos State Governor Akinwunmi Ambode has approved the recruitment of more parademic staff and special medical coordinators.
Ambode made this known at the Lagos House in Ikeja yesterday when he commissioned 20 Mobile Intensive Care unit (MICU) ambulances and 26 transport ambulances in fulfilment of his promise to bring quality healthcare service closer to the people particularly during emergencies.
He also handed over 10 new Hilux Vans and 15 motorcycles to the Commissioner of Police, Fatai Owoseni in furtherance of his commitment to ensure a crime free state.
The governor said: “In my inaugural address, I pledged my total commitment to run a government that will leave no one behind; a government that will implement programmes that make life simpler, easier and happier for our people, Today we are launching the free ambulance service as a demonstration to that pledge”.
He said the acquisition of the ambulances was also in consonance with his administration’s mantra to run a government of continuity with improvement.
“I recall with much satisfaction, the great strides we have witnessed in the health sector in the last 16 years; commencing from the foundational leaps of Asiwaju Bola Ahmed Tinubu to the significant landmarks of Babatunde Raji Fashola (SAN)”, the governor said.
The transport ambulances,  he said, would be in the 26 general hospitals for easy access, adding that his administration has restructured the State Emergency Ambulance Services and increased the fleet of MICU by 20, bringing the number to 33 units.
Ambode promised to upgrade the general hospitals and also build a Medical Park.
Handing over the vehicles and motorcycles to Owoseni, the governor urged the Police to utilise them judiciously for the enhancement of security.
Owoseni thanked the governor for the gesture, promising that the vehicles would be deployed for crime prevention.
Earlier, the Permanent Secretary, Ministry of Health, Dr Modele Osunkiyesi, said the acquisition of the MICUs was a fall-out of a stakeholders’ meeting with the governor. 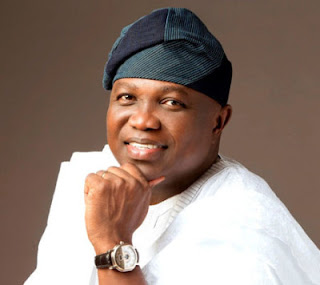