Share
Facebook Twitter LinkedIn StumbleUpon Tumblr Pinterest Reddit WhatsApp Telegram Share via Email Print
Share
Justin Bieber might be making a comeback and Taylor Swift is leading nominees, but at Sunday’s annual MTV Video Music Awards, all eyes will be on the show’s wildcard host, Miley Cyrus.
After twerking her way into national headlines with a latex lingerie-clad performance of “Blurred Lines” with Robin Thicke at the 2013 VMA show, former Disney Channel star Cyrus has made the most of her raunchy side.
It’s an image that MTV has harnessed for promoting this year’s VMAs, a show that honors the achievements in music videos but is better known for its unexpected and outrageous moments.
In promotions for the show, Cyrus, 22, is seen wearing dolphin and pizza pasties covering her breasts, strutting in a skimpy swimsuit and swinging on a wire dressed in a spacesuit while repeating curse words strategically bleeped out.
“We’ve had a long-standing relationship with her from the 2013 VMAs,” said Amy Doyle, executive producer of the show. “She continues to be an amazing character in pop culture, she’s musical and has lots of personality.”
The MTV Video Music Awards are often the place where artists go to make a splash – from Eminem rapping with dozens of his lookalikes in 2000 to Lady Gaga donning a dress made of raw meat in 2010 and Beyonce revealing her baby bump in 2011.
“Every artist we’re collaborating with wants theirs to be most memorable performance of the night,” Doyle said. “There’s creative competition because of the historical nature of the show and moments that go on to live in pop culture.”
At 2009’s show, Swift won for best female video but was promptly cut off on stage by rapper Kanye West, who snatched her microphone and declared “I’mma let you finish but Beyonce had one of the best videos of all time.”
It’s a moment that went down in VMA history and could come full circle on Sunday as West receives MTV’s Video Vanguard award honoring his career. Swift is rumored to be the one presenting him with the award – not that MTV is letting anything slip.
It’s all about tuning in live and sharing in the experience, Doyle said. “There’s a fear of missing out if something’s happening live and you’re not a part of it.”
Swift has a leading nine VMA nominations going into Sunday’s show, where performers will include Nicki Minaj, Pharrell Williams, Demi Lovato, Macklemore & Ryan Lewis and Tori Kelly. 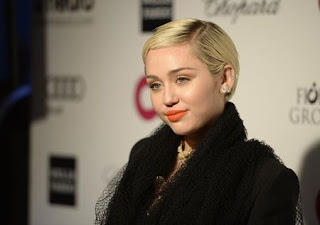