Share
Facebook Twitter LinkedIn StumbleUpon Tumblr Pinterest Reddit WhatsApp Telegram Share via Email Print
Share
U.S. inflation will likely rebound as pressure from the dollar and other factors fade, allowing the Federal Reserve to raise interest rates gradually, Fed Vice Chairman Stanley Fischer said on Saturday.
The influential U.S. central banker was circumspect whether he would prefer to raise rates from near zero at a much-anticipated policy meeting on Sept. 16-17. But he said downward price pressure from the rising dollar, falling oil prices, and slack in the U.S. labor market is fading.
“Given the apparent stability of inflation expectations, there is good reason to believe that inflation will move higher as the forces holding down inflation dissipate further,” he told a central bankers’ conference in Jackson Hole, Wyoming.
“With inflation low, we can probably remove accommodation at a gradual pace,” he added. “Yet, because monetary policy influences real activity with a substantial lag, we should not wait until inflation is back to 2 percent to begin tightening.”
The Fed has said it wants to be reasonably confident that inflation, which has been stuck below a 2-percent target for a few years, will rebound in the medium term. Recent financial market turmoil and fears of a Chinese economic slowdown could stall that rebound.
“At this moment, we are following developments in the Chinese economy and their actual and potential effects on other economies even more closely than usual,” said Fischer, who on Friday said it was too early to decide whether September was the time to hike rates for the first time in nearly a decade. 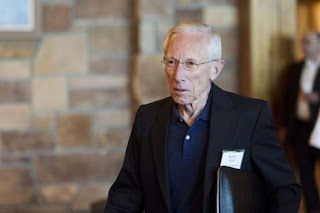 Our sport is beyond medical 'test tubes'.