Share
Facebook Twitter LinkedIn StumbleUpon Tumblr Pinterest Reddit WhatsApp Telegram Share via Email Print
Share
The Lebanese group Hezbollah and allied Christian politicians will boycott a cabinet meeting on Thursday, deepening a political crisis that has paralyzed Prime Minister Tammam Salam’s national unity government.
Media run by Hezbollah and the Free Patriotic Movement (FPM) of Christian politician Michel Aoun, the Shi’ite group’s main Christian ally, reported that Salam had been informed of the decision, but did not immediately give a reason for it.
Ministers from Hezbollah and Aoun’s FPM walked out of a cabinet session on Tuesday. They are in dispute with other members of the government over issues including decrees passed without their approval.
The political conflict has obstructed efforts to find a solution to a crisis over waste disposal that has fueled public anger and triggered anti-government protests that brought thousands of people into the streets at the weekend.
The Salam government, formed last year, groups parties at opposite ends of the Lebanese political spectrum, including the Future Movement led by Sunni politician Saad al-Hariri, and Christian rivals to Aoun.
With the presidency vacant for more than a year, the Salam government has spared Lebanon a vacuum in the executive arm. But it has struggled to take even the most basic decisions. 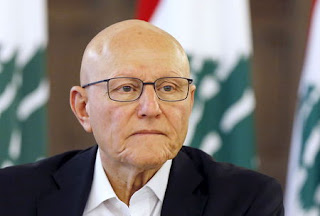