Share
Facebook Twitter LinkedIn StumbleUpon Tumblr Pinterest Reddit WhatsApp Telegram Share via Email Print
Share
Alarm bells rang across world markets on Monday as a 9 percent dive in Chinese shares and a sharp drop in the dollar and major commodities panicked investors.
European stocks <.FTEU3> opened more than 3 percent in the red after their Asian counterparts slumped to 3-year lows as a three month-long rout in Chinese equities threatened to get out of hand. [.SS]
Safe-haven government bonds [EUR/GVD] and the yen and the euro rallied as widespread fears of a China-led global economic slowdown kicked in.
“Markets are panicking. Things are starting look like the Asian financial crisis in the late 1990s. Speculators are selling assets that seem the most vulnerable,” said Takako Masai, head of research at Shinsei Bank in Tokyo.
With serious doubts now emerging about the likelihood of a U.S. interest rate rise this year, the dollar <.DXY> slid against other major currencies. It was last 121.05 yen having gone as low as 120.73 in Asia, a level last seen on July 9.
The Australian dollar tanked to six-year lows and many emerging market currencies also plunged, whilst the frantic dash to safety pushed the euro to a 6-1/2-month high. [FRX/]
Commodity markets took a fresh battering. Brent and U.S. crude oil futures hit 6-1/2-year lows as concerns about a global supply glut added to worries over potentially weaker demand from China. [O/R][GOL/]
U.S. crude was down 3 percent at $39.20 a barrel while Brent lost 2.4 percent to $44.40 a barrel.
Copper, seen as a barometer of global industrial demand, tumbled 2.5 percent, with three-month copper on the London Metal Exchange hitting a six-year low of $4,920 a tonne. Nickel slid 4.6 percent to its lowest since 2009 at $9,730 a tonne. 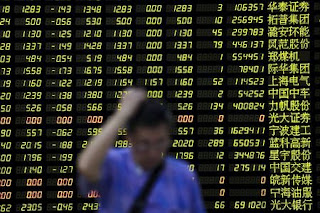