Share
Facebook Twitter LinkedIn StumbleUpon Tumblr Pinterest Reddit WhatsApp Telegram Share via Email Print
Share
Super Eagles Head Coach, Sunday Oliseh, thursday made a confession that he would not give John Mikel Obi any special treatment after the Chelsea midfielder failed to return his phone call and SMS.
Oliseh further revealed that when he travelled to London for meeting with Nigerian players he was considering for international duty on September 5, when Nigeria visits Tanzania in Dar es Salam for a 2017 Africa Cup of Nations qualifying match, Mikel refused to pick his call nor deemed it necessary to reply his SMS.
“I called John Mikel Obi four times. The phone kept ringing.  I also sent him text messages but I got no response, until I travelled back to Nigeria, only for me to see a missed call on my phone from Mikel.
“So at the moment, I don’t know what the situation is because everybody is the same and every player we called answered to us.“I want to be clear about one thing: if anybody wants to play for the Super Eagles, we will all be treated the same way. I even told the players playing at home that ‘home-based’ player for me does not exist.
“If you are better we will play you. I have not spoken to him (Mikel) and I made effort but no response, so I don’t know what to do. You people should tell me what to do as I don’t know,” Oliseh said yesterday in Abuja.
The Eagles supremo admitted he met Victor Moses at his hotel room, after the player who plays for Chelsea initially failed to respond when his phone rang on three occasions.Mikel is in the habit of clashing with Eagles coach on national call ups with historical bust ups with Samson Siasia and Stephen Keshi over related attitude.
Oliseh was appointed to the job after the Nigeria Football Federation (NFF) dispensed with the services of Keshi who was accused of a breach of contract, in addition to handing lowly rated players national call up
In what appears a surprise to reports at the media session with Oliseh, he revealed that he didn’tdeem it necessary to call his immediate predecessor, Keshi for a brief on the team.
Oliseh and Keshi both featured on the ‘Golden Generation’ team that piloted Nigeria’s emergence on the global horizon, beginning with the Super Eagles victory at the Africa Cup Nations in 1994 Tunisia, followed by a long overdue bow at the FIFA World Cup at USA ’94.
The former Ajax and Juventus midfield anchor said he had in place a different technical crew that he would like to remain independent, while he would try to sell his own philosophy to the players on the new direction he wants Nigerian football to chart.
He asked the media to judge him based on the team’s result.
“Personally, I have not called him (Keshi). I think we are all that different personality. On the other hand, I think it will be unfair on Stephen Keshi comparison or need for a jaw-jaw.  Look, lets leave it just like that. I understand you (the media) need sensation to sell paper, but at the same time also let us also realise that we are a different crew.
“I have done everything to make our crew completely new and for players to understand the new direction we are going. If we lose, criticise us and at the same time, praise us if we win. That is how it should be,” Oliseh said.
He also revealed that further that he got a ‘missed call’ from Mikel on Wednesday apparently for the parties to explain the player’s international future following his exclusion from the list of 18 foreign based players invited for the Tanzania match.
The Eagles trained yesterday at the National Stadium under Oliseh’s watch. The session featured 18 players. 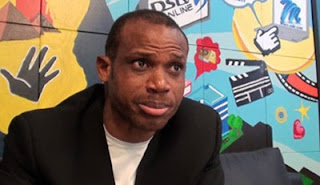