Share
Facebook Twitter LinkedIn StumbleUpon Tumblr Pinterest Reddit WhatsApp Telegram Share via Email Print
Share
British-Nigerian actor David Oyelowo is set to portray 007 and other characters in a recording of Trigger Mortis, a new Bond novel by Anthony Horowitz. However, his performance will be heard rather than seen – in an audiobook.
The announcement on Thursday follows long-standing rumours that Idris Elba is in line to replace Daniel Craig when the latter’s run playing James Bond on the big screen comes to an end, potentially in two movies’ time.
According to a report by the London-based The Guardian newspaper, this feat is coming after Oyelowo, 39, appeared as Martin Luther King to much acclaim in the film Selma.
Guardian quoted Oyelowo as saying: “I was asked specifically by the (original author Ian) Fleming estate, which is really special.
“I am officially the only person on planet Earth who can legitimately say ‘I am the new James Bond’… even saying that name is the cinematic equivalent of doing the ‘to be or not to be’ speech.”
He has form in playing a British security service agent, starring as MI5 officer Danny Hunter in Spooks, the BBC spy drama.
However, Oyelowo said another black British actor, Idris Elba, was “ripe” for the screen role of Bond. Idris Elba is tipped to play Bond on the big screen.
Elba, who first found fame after moving to the US to appear in the acclaimed crime drama The Wire, was “a titan on screen, he has all the qualities that you’d want in a James Bond”, Oyelowo said.
“Because films and TV affect culture, a black Bond would be a cultural event, a statement, beyond just entertainment,” he added.
Oyelowo appeared as Henry VI in the Royal Shakespeare Company, a casting decision that was criticised because of the colour of his skin.
“(One academic) said that we open ourselves to ridicule if we allow black people to play English kings when English kings have never been black. But I’ve never seen an Egyptian play Cleopatra,” Oyelowo said.
He was also sent hate mail along the lines of “how dare you enter a realm that is not yours to enter?”
The actor, who now lives in Los Angeles, said: “It’s upsetting. I had letters coming through to the stage door. This was over 10 years ago now, so you’d hope that wouldn’t be the case now.”
Oyelowo, an actor, producer, director, and writer was born in Oxford, Oxfordshire, to Nigerian parents of Yoruba ethnicity. His mother worked for British Rail while his father, Stephen, worked for then state-owned British Airways. He then studied theatre studies at City and Islington College, where his teacher suggested that he become an actor.
Oyelowo enrolled for a year in an art foundation course at the London Academy of Music and Dramatic Art (LAMDA). He finished his three-year training in 1998.
Oyelowo has played supporting roles in the films Rise of the Planet of the Apes (2011), Middle of Nowhere (2012), Lincoln (2012), and garnered praise for portraying Louis Gaines in The Butler (2013). On television, he played MI5 officer Danny Hunter in the British series Spooks (2002–04), and in 2014, provides the voice of Imperial Security Bureau agent Kallus on the animated series Star Wars Rebels. In 2014, Oyelowo played Martin Luther King, Jr. in the biographical drama film Selma, for which he received a Golden Globe Award nomination for Best Actor (Drama).
Also in 2014, he starred in the HBO movie Nightingale, for which he won a Critics’ Choice Television Award for Best Actor in a Movie/Miniseries and was also nominated for a Primetime Emmy Award for Outstanding Lead Actor in a Miniseries or Movie. 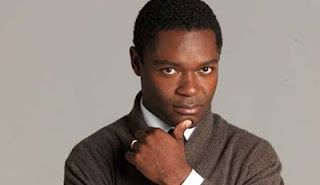