Share
Facebook Twitter LinkedIn StumbleUpon Tumblr Pinterest Reddit WhatsApp Telegram Share via Email Print
Share
An Egyptian group allied to Islamic State has published a photograph it said showed the beheaded body of a Croatian hostage it threatened to kill last week, the SITE monitoring service said on Wednesday.
Reuters could not independently verify the authenticity of the picture, which carried a caption that said: “killing of the Croatian hostage, due to his country’s participation in the war against Islamic State, after the deadline expired.”
Croatian Prime Minister Zoran Milanovic said authorities were examining the image.
“It is my duty to break the silence and tell the Croatian public that we cannot confirm with 100 percent certainty that it is true what we see, and which is horrifying,” he told a news conference.
“I don’t know if we will be able to do it in the coming days, but what we see does not look good … I’m afraid that for the first time, what has happened to the citizens of other countries has happened to a Croatian citizen.”
The photograph, circulating on Twitter accounts of Sinai Province supporters, shows a man’s severed head placed on his body, with a knife driven into sand next to it and the black Islamic State flag in the background.
Next to the picture are screenshots of Arabic language news articles with the headlines: “Croatia confirms its support for Egypt in efforts to fight terrorism and extremism” and “Croatia affirms its continued support for the Kurdistan region.”
A spokesman at the Egyptian Interior Ministry’s press office said: “We have seen this news on line but are currently making our own checks. If we confirm that it is indeed true, we will inform the media through a statement.”
Last week, an online video purportedly from Sinai Province showed a man who identified himself as Tomislav Salopek and said the group would kill him in 48 hours unless Muslim women in Egyptian jails were freed.
The White House expressed solidarity with Croatia, saying: “If confirmed, the United States condemns this brutal act by a terrorist group that has pledged allegiance to ISIL,” using an alternate acronym for the militant organization.
Ardiseis Egypt, a unit of French oil and gas geology company CGG , confirmed the video showed one of its employees who was kidnapped on July 22 while travelling to Cairo.
A spokesman for CGG could not confirm this, adding the firm had no information other than what was circulating on the Internet and was trying to find out more from Croatian and Egyptian authorities.
The spokesman said the hostage was an expert contractor rather than employee of its subsidiary.
Last December, Sinai Province said it was behind the killing of an American petroleum engineer whose body was found in a car in a desert region almost four months earlier. The group has also posted videos appearing to show the killings of Egyptians it accuses of helping the Egyptian government or Israel.
Sinai Province is at the forefront of an Islamist militant insurgency in Egypt that has killed hundreds of soldiers and police in the two years since the military ousted Islamist President Mohamed Mursi after protests against his rule in 2013.
In July, the group was involved in the deadliest fighting in the lawless Sinai Peninsula in years. More than 100 militants and 17 soldiers were killed, following simultaneous assaults on military checkpoints in North Sinai.
The group changed its name from Ansar Bayt al-Maqdis to Sinai Province after it pledged allegiance to Islamic State, which controls large areas of Syria and Iraq.
Islamic State has over the past year beheaded an unknown number of hostages, both Western prisoners and Middle Easterners ranging from soldiers fighting it to Muslims who reject its hardline version of Islam. 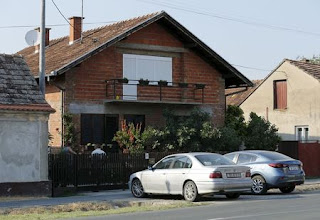