Share
Facebook Twitter LinkedIn StumbleUpon Tumblr Pinterest Reddit WhatsApp Telegram Share via Email Print
Share
A former Chairman of the Senate Committee on Judiciary, Human Rights and Legal Matters, Sen. Umar Dahiru, has said the Sexual Offences Act was meant to protect the rights of all sexes.
Dahiru, a member of the seventh National Assembly, made the clarification in an interview with the News Agency of Nigeria (NAN) in Abuja yesterday.
He said the committee did everything to review the bill properly before its passage.
He said the Act did not set an age limit, adding that sexes of all ages were to be protected by the legislation.
“Most people have a negative mindset about the bill passed but it’s aimed at protecting everybody in the country against sexual abuse.
“All our religious groupings condemn such acts. It is also made to favour both men and women on one side and boys and girls of all ages on the side,’’ Dahiru said.
He, however, noted that the Act was restricted to the Federal Capital Territory (FCT) and urged the states to domesticate it when assented into law.
“Rape is a rampant global offence and we have to control it in our society by allotting a serious punishment to it to serve as deterrent to would-be offenders.’’
The punishment ranges from life imprisonment to 14 years jail term depending on the degree of the offence.
In a separate interview, Sen. Chris Anyanwu said the bill was to defend the defenseless in the society.
She said it was also meant to discourage flagrant sexual abuses in the country.
“The earlier it is assented to as a law, the better for us all because sexual offence deals directly with the human spirit,’’ she said. 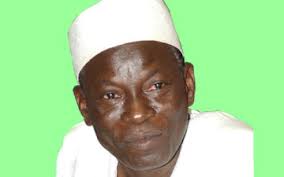