Share
Facebook Twitter LinkedIn StumbleUpon Tumblr Pinterest Reddit WhatsApp Telegram Share via Email Print
Share
The President’s wife, Hajia Aisha Buhari, at the weekend donated nutritional supplement, the Frisomum Gold brand, to about 3,000 expectant and nursing mothers in Calabar, the Cross River State capital.
Hajia Buhari said the supplement, which is also an alternative to breast milk, would ensure nourishment for babies.
The President’s wife, who was represented by Mrs Mary Ekpere, said beneficiaries were drawn randomly devoid of any political undertone.
She said: “What we have is for over 3,000 women. We left it open so that those who could make it here would benefit.
“I am impressed and happy that just by the snap of the fingers we were able to gather a good number of expectant mothers and children. The essence of this is to educate mothers about what is healthy for their children. The children are the future. So, they should be nourished and brought up well. This is a little token for the children.”
Cross River All Progressives Congress (APC) Woman Leader Mrs Joy Akpan Edward said the party had no bias about anybody.
She said: “We feel happy that our mother at the national has done this for our women and children. The APC government has no bias. We are not strictly attending to APC members but to everybody. As you can see, it is done generally.”
APC State Chairman Usani Usani added: “This is in keeping with the promises that women and children would not be left behind in the new government. This is a sign of better things to come. The APC government is not just for APC women. We are not biased or partial when dealing with the people. It is not only APC women that need the assistance of the government; everybody does.” 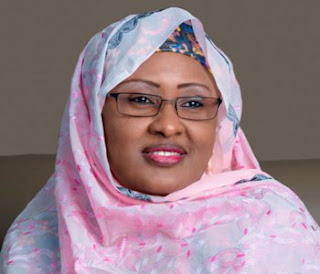