Share
Facebook Twitter LinkedIn StumbleUpon Tumblr Pinterest Reddit WhatsApp Telegram Share via Email Print
Share
The naira reversed its gains against the US dollar on the parrallel market yesterday following the decision of many currency traders to hold on to the green back currency as a result of what they term conflicting signals from some banks that the decision not to receive dollar cash deposit was truly “temporary”. The naira closed on Tuesday at N229 to the dollar, compared to N210 to a dollar at which it sold on Monday afternoon.
But on the official interbank market, the naira traded at N199 to the dollar, unchanged from the previous day and near the central bank’s pegged rate of N197 to a dollar.
The National President, Association of Bureau De Change Operators of Nigeria (ABCON), Alhaji Aminu Gwadabe, who confirmed the sharp depreciation recorded by the naira in the parallel market, attributed the slide to panic buying, and those who considered the gains made by the naira as temporary and swiftly swept up cheaper dollars before a rebound of the currency. This was made worse by the decision of many traders to hold on to their currency until the temporary refusal by banks of cash dollars blows away.
“What we are seeing is the interplay of demand and supply and also the market reacting to the decision by banks to stop accepting dollar cash. There is panic in the market,” the Lagos-based forex dealer said in a chat with THISDAY last night.
He also advised the Central Bank of Nigeria (CBN) to sensitise retail forex dealers on the implication of the introduction of Bank Verification Numbers (BVN) for customers.
Gwadabe stressed the need for more engagement between ABCON and the CBN on policies concerning the market.
The naira had firmed up on the parallel market after commercial lenders stopped accepting dollar deposits when their vaults were full and had no avenues of transferring the cash overseas.
The move was endorsed by the CBN, which has been fighting a losing battle with speculators and money launderers.
“We have seen increased demand for dollars again by some end users taking advantage of the gains recorded in the past few days,” a bureau de change operator, Harrison Owoh, told Reuters.
There was concern that the naira’s gain on the black market would be short-lived, triggering a surge in dollar buying.
The naira had weakened on the parallel market to as low as N242 to the dollar last month on persistent dollar demand after the central bank barred importers of 41 items from accessing forex at the official interbank market in order to save its reserves.
This move was compounded when the central bank also directed BDCs to obtain the BVNs of their customers before transacting any business with them.In addition, the BDCs were instructed by the CBN to provide the BVNs of all their directors before August 15, as failure might affect their continued participation in the forex market.
Furthermore, it directed that information on all transactions by customers be included in BDC returns to the CBN, adding that for corporate customers, the BVN of a director or an authorised signatory of the entity must be provided.
The CBN said the move was to ensure greater transparency in the transactions of licensed BDCs in the country. 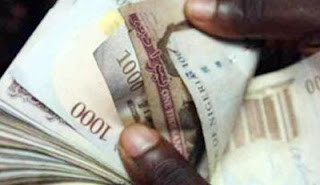 FG Prepared for Resurgence of Ebola

Family of seven is buried in Anambra