Share
Facebook Twitter LinkedIn StumbleUpon Tumblr Pinterest Reddit WhatsApp Telegram Share via Email Print
Share
U.S.-Israeli firm Taboola, whose technology directs users to related content on the Internet, said on Wednesday it signed a three-year exclusive strategic partnership with USA Today publisher Gannett .
Gannett is expected to generate revenues from the deal of $45-$55 million, Taboola Chief Executive Adam Singolda said.
Founded in 2007, Taboola developed a “content you may also like” widget. Usually at the bottom of web pages, it allows people to click to other articles or videos and lets publishers, marketing companies and agencies leverage Taboola to retain users on their site and monetize their traffic.
Singolda said that Gannett’s web pages will be personalized and other content it offers will be tailored to what users want, based on its own algorithms.
For instance, those who prefer video will see more video links, while those clicking from Facebook may see links in the middle of the page rather than the bottom since Facebook users tend to glance at articles and go back, he noted.
“The entire page will change and the type of content will be different,” Singolda said.
Taboola, which has deals with other media companies, has so far raised more than $157 million in private money and is estimated to have a value of more than $1 billion. It said 86 percent of the United States sees Taboola on a monthly basis.
In May, China’s Baidu made a multi-million dollar strategic investment in Taboola. 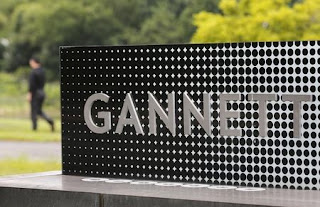 South Africa strives to save jobs