Share
Facebook Twitter LinkedIn StumbleUpon Tumblr Pinterest Reddit WhatsApp Telegram Share via Email Print
Share
Downward pressure on China’s economy will persist in the second half of the year as growth in infrastructure spending and exports is unlikely to pick up, a senior central bank official was quoted as saying.
Chinese companies are not optimistic about business prospects according to the central bank’s second-quarter survey,
Sheng Songcheng, the director of the statistics division of the People’s Bank of China (PBOC), was quoted as saying by the National Business Daily on Saturday.
Pressured by uneven domestic and export demand, cooling investment and factory overcapacity, China’s economic growth is expected to slow to around 7 percent this year, the lowest in a quarter of a century, from 7.4 percent in 2014.
A plunge in the country’s share markets since mid-June has added to worries about the economy, and reinforced expectations that policymakers will roll out more support measures in coming months to avert a sharper slowdown.
The PBOC has already cut interest rates four times since November and repeatedly loosened restrictions on bank lending in its most aggressive stimulus campaign since the global financial crisis.
Sheng warned about the risks of local government debt, saying that 2 trillion yuan ($322.08 billion) in bond swaps may not be able to fully cover maturing debt, according to the report.
Sheng said the PBOC needs to step up the monitoring of local government financing vehicles given the current downturn in property market and limited local government revenues.
Sheng also said he expected second-quarter net profit growth for banks to fall, adding that banks’ exposure to risk “has become clearer”.
But he said the real-estate market could rebound in the second half and provide support for the economy.
Sheng said he still expects economic growth this year of around 7 percent, an inflation target of around 1.5 percent and growth of M2 – a broad-based measure of money supply – of around 12 percent.
Economists at the central bank said in June they expected growth to pick up modestly in the next six months as previous policy easing measures start to take effect and the housing market stabilizes.
But other analysts say that view is unduly optimistic, pointing to huge inventories of unsold homes and high local government debt which is curbing their ability to spend on infrastructure projects.
Growth at China’s manufacturing companies unexpectedly stalled in July as demand at home and abroad weakened, an official survey showed on Saturday. 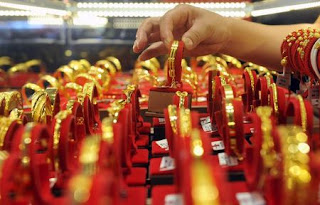 Stop blaming APC for your misery