Share
Facebook Twitter LinkedIn StumbleUpon Tumblr Pinterest Reddit WhatsApp Telegram Share via Email Print
Share
An Indian court has concluded hearing a case filed by Nestle India challenging a local regulator’s report that Maggi instant noodles contained excess lead, a lawyer for the company said.
The Bombay High Court will give a judgment at a later date, Rajesh Batra said in a statement late on Friday.
Nestle has been at the center of India’s worst food scare in a decade after a regulator in the northern state of Uttar Pradesh in May said it found excess lead in a sample of the firm’s popular Maggi noodles.
The company withdrew the brand from Indian stores last month. It has since challenged the findings of the Food Safety and Standards Authority of India (FSSAI) at the Bombay High Court.
The lawyer said television reports on Friday that the court had asked FSSAI and Nestle India to retest Maggi noodles were incorrect. A lawyer for FSSAI could not be reached by Reuters. 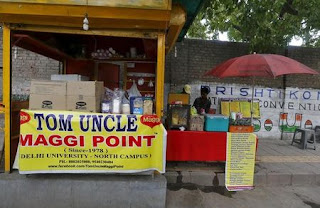