Share
Facebook Twitter LinkedIn StumbleUpon Tumblr Pinterest Reddit WhatsApp Telegram Share via Email Print
Share
By Harriet McLeod
Relatives of nine African-Americans killed at a historic South Carolina church may get a second opportunity to address the white man accused in the murders on Friday when he is arraigned on federal hate crime charges, sources close to the case said.
At an earlier court appearance, family members riveted the country by expressing heartfelt forgiveness to Dylann Storm Roof, the suspect in last month’s massacre at Charleston’s Emanuel African Methodist Episcopal Church, saying their Christian faith compelled them to rise above their grief.
Their tearful statements, coming just two days after the slayings, helped spark intense soul-searching in the United States over race relations and led to the removal of the Confederate battle flag from the South Carolina capitol grounds.
Friday’s arraignment comes a week after a federal grand jury in South Carolina returned a 33-count indictment accusing Roof of hate crimes and firearms charges, adding to the raft of state murder and attempted murder counts he already faces.
Relatives of the victims are free to attend the hearing and U.S. Magistrate Judge Bristow Marchant could allow them to speak, sources who were not authorized to speak on the record said on Thursday.
Attorneys have not said if Roof would enter a plea on Friday. Roof’s legal team could not be reached for comment.
Neither federal nor state prosecutors have decided whether they will seek the death penalty if Roof is convicted.
The federal charges are based on evidence that the suspect targeted the victims “because of their race and in order to interfere with their exercise of religion,” U.S. Attorney General Loretta Lynch said in announcing the indictment.
Roof, 21, planned the murders for months with the “goal of increasing racial tensions throughout the nation and seeking retribution for perceived wrongs he believed African-Americans had committed against white people,” Lynch said.    He singled out the nearly 200-year-old church known as “Mother Emanuel” because of its historical significance in the African-American community, Lynch said.    Roof signaled his criminal intent in a racist manuscript posted on his website, she said.    “In the manuscript, Dylann Storm Roof uses racial slurs to describe African-Americans, expresses his belief that white people are superior to African-Americans, and decries integration,” the indictment reads.
David Bruck, an attorney with experience in death penalty cases, will lead Roof’s defense in the federal case.
Bruck was part of the team that defended Dzhokhar Tsarnaev, who was convicted last month of planting bombs at the 2013 Boston Marathon and sentenced to death.
In the 1990s, Bruck defended Susan Smith, a South Carolina mother convicted of drowning her two small children in 1993. She is serving a life sentence. 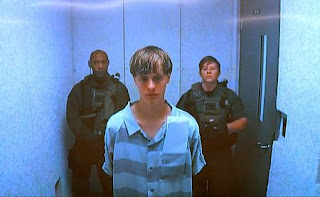