By Saqib Iqbal Ahmed
The big selloffs in shares of social media companies last quarter following weak results seem to be brushed under the carpet this earnings season as investors focus instead on the success of Facebook Inc .
Investors in the options market are betting on more gains for the stock after it reports results Wednesday.
Facebook escaped the rout in social media stocks after last quarter’s results. The shares are up about 20 percent this year. The stock and a handful of other winners account for the bulk of S&P 500 <.SPX> gains this year.
The rapid ascent has made Facebook one of the ten largest S&P companies in terms of market capitalization, with the stock now worth more than $260 billion – surpassing decades-old companies like Wal-Mart Stores and Procter & Gamble .
Earnings seasons are typically choppy for stocks and even more so for social media companies due to their high valuations and ongoing concern, in some cases, about their business models.
Last quarter, investors spooked by disappointing results sent shares of Twitter , LinkedIn and Yelp down by more than 20 percent the week they reported results.
“These stocks are some of the most expensive stocks in the market,” said Stephen Massocca, managing director with Wedbush Equity Management in San Francisco.
“If numbers are disappointing and either growth or profitability looks out of reach, it’s very easy to see why investors would get out in a hurry,” he said.
The bullishness in Facebook’s recent options trading makes it unique in the sector.
Analysts expect robust mobile pricing and strength in video ads to help the company post strong results when it reports after the close of trading on Wednesday.
Strong viewership numbers for YouTube, which helped drive Google Inc’s stellar second-quarter results, bodes well for video on Facebook’s own platform.
In July, open interest in Facebook’s call options, usually used for bets the stock will rise, increased by 24 percent, twice as much as the increase in puts, which are usually bets on a decline. Currently, for every put option there are nearly two calls open, the highest this ratio has ever been, according to options analytics firm Trade Alert.
“The recent decline in Facebook’s put/call open interest ratio to an all-time low implies long positioning ahead of earnings,” said Jim Strugger, a derivatives strategist at MKM Partners.
In contrast, trading in the options of Twitter, LinkedIn and Yelp Inc suggest high risk of volatile moves in the shares but give little clue to their direction.
Twitter and Yelp are expected to report results on Tuesday afternoon, and LinkedIn’s results are scheduled for Thursday.
So far, there is little to suggest traders are preparing for the kind of selloff seen in social media names last quarter, said Anshul Agarwal, equity derivative strategist at Bay Crest Partners in New York.
“For LinkedIn, Yelp, and Twitter, we haven’t witnessed particularly bearish options flow,” he said. 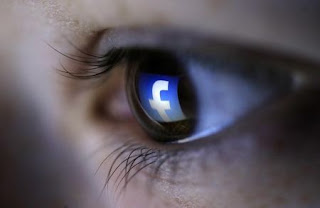