Share
Facebook Twitter LinkedIn StumbleUpon Tumblr Pinterest Reddit WhatsApp Telegram Share via Email Print
Share
Right-hander Masahiro Tanaka pitched into the eighth inning and center fielder Jacoby Ellsbury drove in four runs as the New York Yankees completed a three-game sweep of the Baltimore Orioles with a 9-3 victory on Thursday.
Tanaka (7-3) allowed solo home runs to first baseman Chris Davis, shortstop J.J. Hardy and third baseman Manny Machado among four hits in 7 2/3 innings. He struck out seven, walked none and threw 77 of 101 pitches for strikes.
Tanaka had an outside chance at his fourth career complete game as he entered the seventh with only 74 pitches. He struck out the side on 16 pitches and left to a standing ovation after Hardy and Machado homered in the eighth.
Aside from the home runs, Tanaka allowed two other baserunners — giving up a double to designated hitter Jimmy Paredes and watching Davis reach on an error by left fielder Brett Gardner in the fourth inning.
Other than Gardner’s miscue, it was a flawless showing for the Yankees (53-41), who won for the 12th time in 16 games by collecting 13 hits. They scored four times in the first inning off Ubaldo Jimenez (7-6).
Ellsbury began the day hitting .298, his first time under .300 since late April, but he ended with a .308 mark. He opened the game with a single and drove in runs during his final three plate appearances, hitting a solo home run, lifting a sacrifice fly and adding a two-run double. It was Ellsbury’s third game — second with the Yankees — with at least four RBIs.
Aside from Ellsbury’s big day, third baseman Chase Headley had a bases-clearing double, shortstop Didi Gregorius hit an RBI single and second baseman Stephen Drew added a run-scoring double.
The Orioles (46-48) lost for the 14th time in 19 games and dropped seven games out of first place in the American League East.
Jimenez turned in his shortest start of the season, allowing seven runs and eight hits in 2 1/3 innings.
The Yankees loaded the bases three batters in and took a 3-0 lead when Headley’s double bounced off the top of the center-field wall. Gregorius followed with a single to right field, and the Orioles got a run back on Davis’ 21st home run.
The Yankees took a 5-1 lead on Ellsbury’s drive to right field in the second. New York added two in the third on a double by Drew and Ellsbury’s sacrifice fly.
The Yankees capped their scoring on Ellsbury’s two-run double with two outs in the fifth. 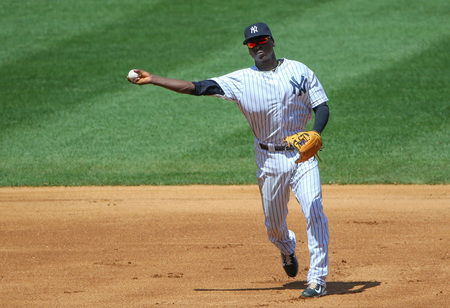 Death of woman in Texas jail consistent with suicide