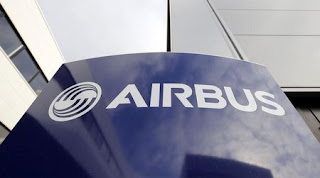 European planemaker Airbus is in advanced negotiations with Japan’s SMBC Aviation Capital to win an order for its A320neo jets, Bloomberg reported citing people familiar with the matter.
The deal, which could be announced at this week’s Paris Air Show, could be valued at about $3.2 billion at list prices, Bloomberg reported.
SMBC Aviation Capital, which is owned by Japanese lender Sumitomo Mitsui Financial Group Inc. <8316.T> could not be reached for comment outside regular business hours.